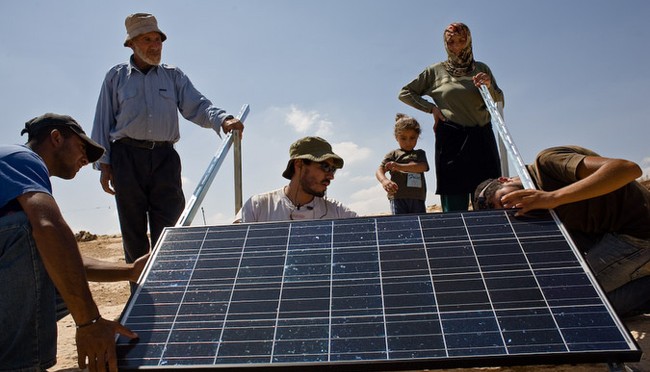 The Palestinian Energy Authority (PEA) have signed an agreement with Palestinian American US based renewable energy company. “We signed an agreement on Thursday with the U.S.-based Samaha company, which is owned by a Palestinian businessman, to provide the enclave with 30 megawatts of solar power,” PEA spokesman Ahmed Abul-Omrein said at a press conference.

The project should be finalized within nine months, Abul-Omrein said, noting that the first three months would see the equipment needed for the project allowed into the blockaded enclave.

“The project will be carried out on land that used to part of a Jewish settlement before the Israeli withdrawal [from the Gaza Strip] in 2005,” he added.

Gaza has suffered from an acute electricity shortage for almost a decade, since Israeli warplanes bombed the strip’s main power station in 2006.

The suspension of smuggling operations via tunnels linking Gaza and Egypt has worsened the situation for most Gazans, with outages now frequently lasting for 12 hours a day.

The Gaza Strip requires 400 megawatts of electricity – of which only 212 megawatts are currently available – to meet the needs of its roughly 1.9 million residents.

Gaza currently has three sources of electricity: Israel, which provides 120 megawatts; Egypt, which supplies 32 megawatts; and Gaza’s power plant, which generates between 40 and 60 megawatts a day.