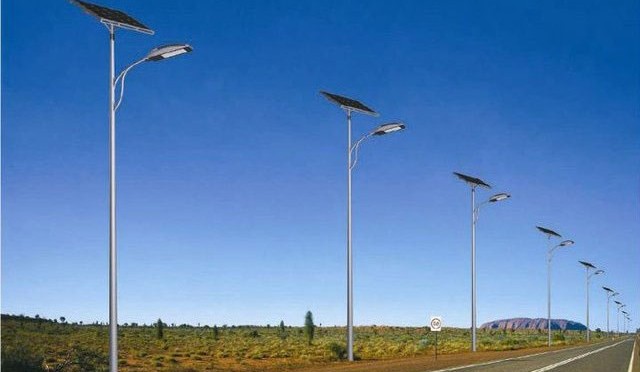 The local authorities in Zimbabwean capital Harare have resorted to using solar power to light the city’s streets with the hope of curbing surging robberies.

“We are starting with the central business district; then we will move on to other parts of the city,” Micheal Chideme, the Harare City Council’s media officer, told The Anadolu Agency.

Councilor Herbert Gomba, chairperson of the council’s procurement committee, said installation of the streetlights, which began recently, is expected to wrap up sometime in 2016.

The $15-million project is being carried out in partnership with a Zambian advertising agency, which will erect three-meter poles around the city bearing small solar panels and a battery at the top.

Batteries will last between ten and 12 hours. They will be equipped with timers that will automatically switch on at 6pm and off at 06am.

“Following the installation of the solar streetlights, the Harare City Council is expected to save nearly $200,000 every month,” Chideme said.

“This is the [amount of] money the Zimbabwean capital has been paying to the power utility for electricity,” he explained.

“All this is aimed at reducing robberies, which have become a menace in the Zimbabwe capital,” Chideme told AA.

The lack of street lighting has in recent years resulted in hundreds of people falling prey to thieves and robbers. Numerous people have lost their lives and property.

“It’s a good deal, considering crime was increasing and that the Harare City Council had completely failed to repair the streetlights,” Innocent Mpofu, a 29-year-old resident of the capital, told AA.