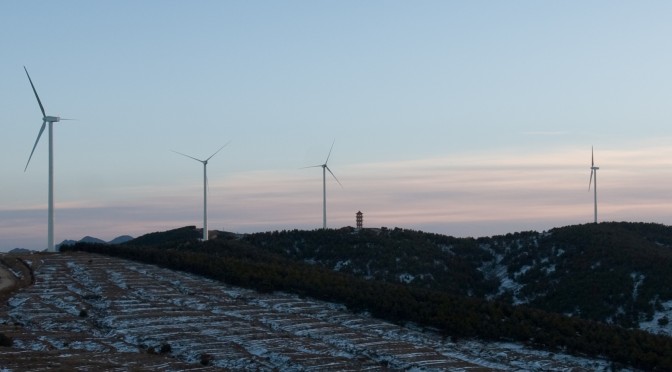 Gamesa, a global technology leader in wind energy, has received two new orders1 in China for the supply of 50 MW to Hebei Construction & Investment Group (HCIG) and 48 MW to Fujian Energy.

Under the terms of the contract signed with HCIG, Gamesa will supply, install and commission 25 of its G97-2.0 MW turbines at the Senjitu II wind farm located in the province of Hebei, in south-west Peking. The wind turbines are scheduled for delivery this year.

This firm order falls under the scope of agreement, for the supply of a total of 150 MW, signed by the two companies in September 2014.

Since 2008, Gamesa has supplied 128 MW to HCIG, the largest operator in the province of Hebei and a top ten player at the national level.

Elsewhere, the agreement reached with Fujian Energy encompasses the supply, installation and commissioning of 24 of the firm’s G97-2.0 MW turbines at the Dingyanshan wind farm located in the province of Fujian. These turbines are custom-designed to withstand the extreme winds typical of this coastal area which is often hit by typhoons. These turbines are due for delivery during the fourth quarter of 2015 so the project can be commissioned by the end of the year.

In total, Gamesa has secured orders for the supply of 130 MW from Fujian Energy, for whom it recently completed assembly of the 48-MW Dahanshan wind farm, also located in the province of Fujian.

Gamesa’s ability to tailor its turbines to its customers’ individual needs, coupled with its command of the wind value chain, have enabled it to consolidate its presence in the Chinese market, where the company notched up orders in 2014 for the supply of 450 MW. Gamesa’s presence in China, where it has emerged as one of the leading non-Chinese OEMs, dates back 15 years, having installed over 3,570 MW and with 960 MW under maintenance. China accounted for 9% of Gamesa’s total MW sold in 2014.

1Contract signed during the first quarter of 2015.