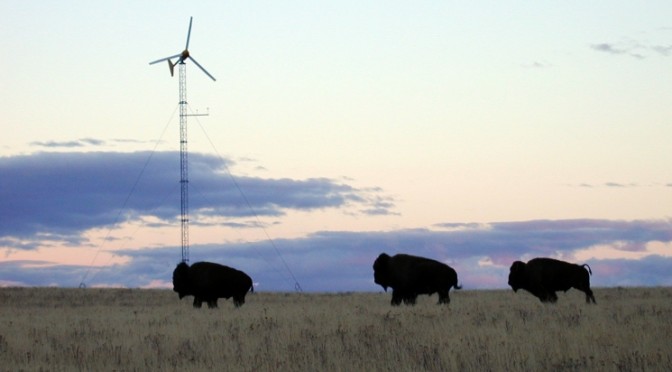 On the occasion of the 6th World Summit for Small Wind in Husum (Germany), WWEA has released the global small wind statistics. The Summary of the 2015 Small Wind World Report indicates that 2013 was a challenging year for the small wind industry, after several years of continuous growth.

As of the end of 2013, a cumulative total of at least 870’000 small wind turbines were installed all over the world. This is an increase of 8 % (10 % in 2012) compared with the previous year, when 806’000 units were registered. The three biggest markets, China, USA and UK, saw a decrease in the number of units installed in a year, however, still representing together 93 % of the units installed worldwide.

The changes in the feed-in scheme introduced in the UK in November 2012 had a big impact on the market reducing the deployment of sub-50 kW turbines by nearly 80%. Only 500 units were installed in the UK during 2013, a decrease of 86% compared with 2012 and the lowest level for four years.

Stefan Gsänger, WWEA Secretary General: “Although we still see robust growth in several markets, the current figures are clear indicating that small wind has recently been neglected by renewable energy policymakers. As reported by many speakers during our World Summit for Small Wind, lack of policy support and administrative and bureaucratic hurdles are still the main barriers for small wind. However, the small wind community shows a strong spirit of innovation. This, in hand with new policies in some countries, will help to further grow the small wind sector. In particular off grid applications in rural areas offer additional huge market opportunities for the sector.”