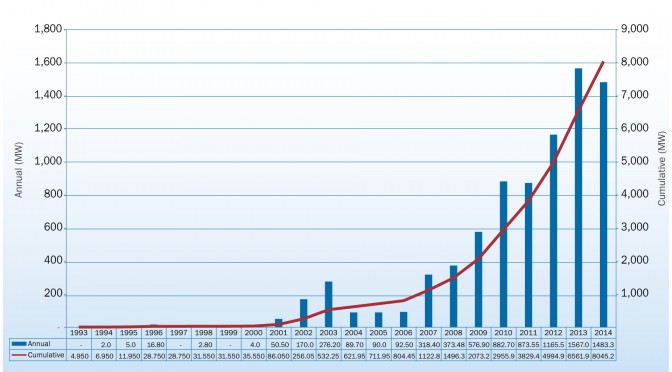 Three of the biggest companies in offshore wind power industries have initiated a joint declaration here on Tuesday as part of a commitment to reducing costs in the sector.

Denmark’s largest energy company Dong Energy, MHI Vestas — a joint venture between Vestas and Mitsubishi Heavy Industries — and Siemens Wind Power and Renewables have pledged to undertake joint and individual actions across the whole of the value chain to deliver “major long-term and tangible advancements.”

The three companies announced the declaration at the the European Wind Energy Association (EWEA) Offshore 2015, the world’s largest offshore wind energy conference and exhibition that opened Tuesday in Copenhagen. 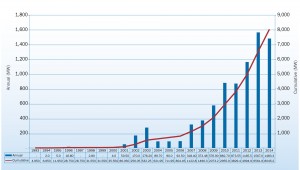 “In a united industry, all stakeholders across the whole value chain are equally responsible to contribute and deliver,” Hannibal said. “If we all do that, we will win.”

“The good news is that we are indeed on the right track, and we are already seeing the industry taking important steps forward with an impressive pace,” Christensen said.

“With a clear political framework for the development of offshore wind power after 2020, I am confident that we will meet our target of making offshore wind fully competitive with alternative energy technologies,” he added.

According to an offshore wind report released by Ernst & Young, the European offshore wind industry must shed 26 percent of outlays to reach cost-competitiveness with conventional forms of energy by 2023.

The report said that the industry must significantly reduce costs over the next five years through a number of key actions, outlining where savings can be found.

These include deploying larger turbines to increase energy capture, fostering competition between industrial players, commissioning new projects, and tackling challenges in the supply chain such as construction facilities and installation equipment, according to the report.

Thomas Becker, chief executive officer of the EWEA, called on industry players to join efforts to face the challenges of cost-cutting in the sector.

“It is no secret that cost reduction is a great challenge that we face in the offshore business; but as we continue to work together, innovate and compete, the sector will face down its trials in the years ahead,” Becker said.

“Offshore wind power in Europe will be a major contributor to the continent’ s energy security now and over the course of the next decade,” he added.