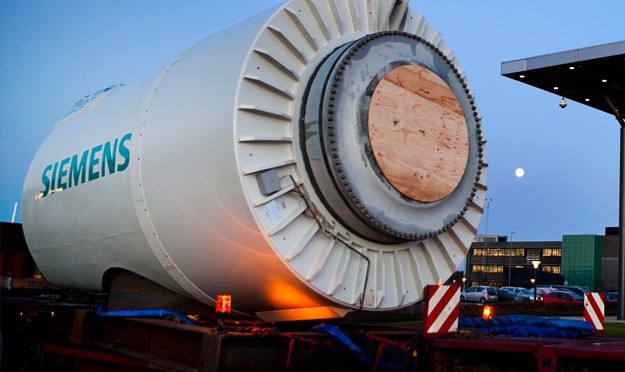 Siemens will be supplying wind turbines for a 16-MW wind farm owned by the clean energy firm BayWa re GmbH in Sweden.

According to the agreement, Siemens will supply five of its SWT-3.2-113 direct-drive machines to power the Stormon wind park near Harnosand, eastern Sweden.

The plant is expected to be operational by the end of this year. Once completed, Siemens will provide 15 years of operation and maintenance services also for the facility.

“Stormon is the first wind farm BayWa is constructing in Sweden since BayWa has entered the Scandinavian wind market by purchasing the majority share of the Swedish HS Kraft,” said Matthias Taft, chief executive, BayWa.

This is the first deal of BayWa with Siemens and the Stormon wind farm is its first wind project in the Scandinavian country.

Recently, Siemens secured another order to supply 157 wind turbines for three South African wind projects coming up in the province of Northern Cape. The three wind power plants have a combined generation capacity of 360 MW.

Siemens will supply its 2.3 MW machines from the G2 series for the wind power plants in Khobab, Loeriesfontein 2 and Noupoort.

In another renewable energy initiative, Siemens held discussions with a consortium of Eurus Energy and Danvest to build a $300 million wind-and-diesel power station for powering mining sites at Australia.

Jeffrey’s Bay Wind Farm, developed by a consortium led by Mainstream Renewable Power in partnership with Siemens was commissioned in the middle of 2014.

In 2012, Sweden launched a common renewable support scheme to boost output from green energy sources, such as wind, solar and biomass, by 26.4 TWh up to 2020.

Sweden has so far succeeded in installing wind turbines able to produce up to 6.6 TWh of electricity per year, according to this scheme.