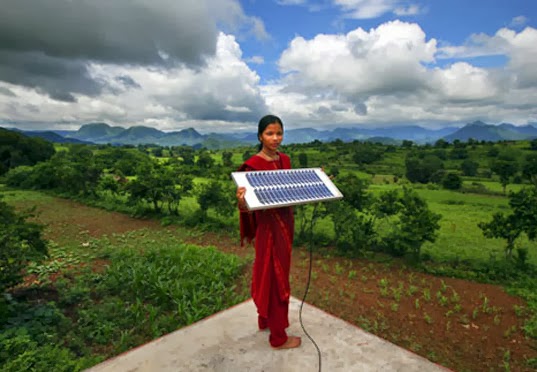 The Union Cabinet on Wednesday greenlighted the setting up of 15,000 MW of grid-connected solar power projects through NTPC and its subsidiary NTPC Vidyut Vyapar Nigam Ltd (NVVN).

The scheme will be implemented in three tranches. In the first, 3,000 MW will be set up by bundling solar power with unallocated coal-based thermal power at fixed levelised tariffs.

The bundling in the first phase will be in the ratio of 2:1 where 3,000 MW of solar power will be bundled with 1,500 MW of unallocated thermal power. The bundled power will be allocated to the states that provide land for setting up the projects. States that purchase a major portion of the bundled solar power and ensure connectivity will also be prioritised.

“The capacity allotted to each such State will be set up through developers, to be selected through international competitive bidding by NTPC /NVVN. Both private and government companies would be free to bid for projects,” an official statement said.

Out of 3,000 MW, it has been decided that 1,000 MW capacity will be set up on land already identified in Andhra Pradesh.

The balance 2,000 MW will be allotted in other States that come forward. It is estimated that implementation of first tranche will entail total investment of over ?18,000 crore, all of which will be met by project developers, mainly private.

A Payment Security Mechanism / Working Capital Fund with an estimated corpus of ?2,300 crore to cover three months payment for bundled capacity in the first tranche, will be set up to ensure bankability of power purchase agreements and timely payment to developers.

The fund will be set up through Central government and solar project developers collaboration.

The modalities for setting up of Payment Security Mechanism/ Working Capital Fund will be finalised subsequently. Accruals from encashment of bank guarantees and penalties on developers will also go into this fund.