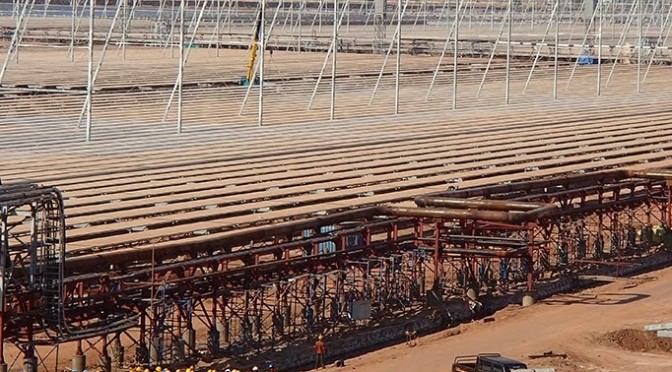 Reliance Power Ltd on Thursday announced that it has signed an accord with the government of Rajasthan to develop 6,000 megawatts (MW) of solar power projects in the state over the next 10 years.

Reliance Power is currently developing a 100MW solar power plant in Rajasthan through its wholly owned subsidiary Rajasthan Sun Technique Energy Pvt. Ltd, which was awarded the project in December 2010. The project is situated at Pokhran, in Jaisalmer district.

“The CSP (concentrated solar power) plant is expected to generate about 250 million kilowatt hours of clean and green energy annually, equivalent to consumption of 230,000 households,” the firm said in the release. This is also the largest plant in the world based on compact linear fresnel technology (CLFR), the firm said. The project is financed through debt from multilateral agencies like the Asian Development Bank (ADB), Export Import Bank of the US, Financierings-Maatschappij voor Ontwikkelingslanden NV (FMO), Netherlands and Axis Bank Ltd.