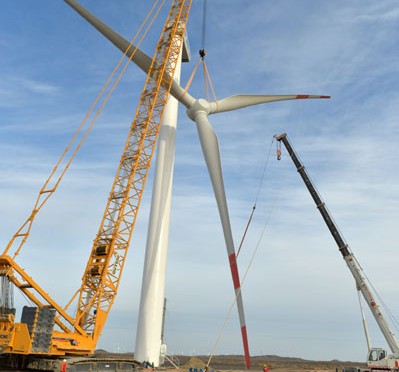 The nation is on track to meet a wind energy capacity target of 100 GW set in its 2011-2015 “five-year plan” for the energy sector after a rapid construction programme and a concerted effort to make sure new projects are connected to the grid. The administration said in a statement on its website (www.nea.gov.cn) that newly added wind capacity in 2014 hit a record 19.81 GW. A total of 77 GW is now under construction.

The administration said last month that China’s total power capacity reached 1,360 GW by the end of last year, up 8.7 percent on the previous year. Total generation stood at 5.523 trillion kWh, up 3.8 percent.