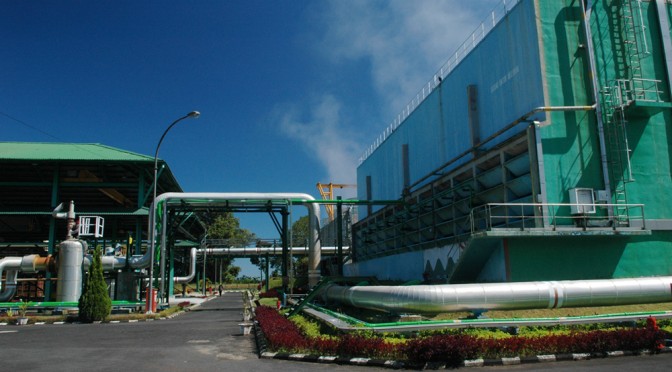 Alstom has been awarded a contract worth over €61 million by PT Pertamina Geothermal Energy to supply and install a 30 MW geothermal plant for the Karaha Power Plant in West Java, Indonesia.

Alstom will design, supply, install and commission the entire power plant (EPC contract). The project will be delivered by the end of 2016.

Indonesia, with its unique geology, houses the world’s largest potential geothermal source which is estimated to be nearly 30,000 MW. However, recent figures indicated that Indonesia is not harnessing the potential of geothermal energy, with the source contributing only 5% of its estimated capacity into the power mix.

The Indonesian authority, in looking to reduce overall greenhouse gas emissions and leverage on the huge geothermal reserves, made the decision to fast-track the development of Indonesia’s power industry and has signed numerous geothermal-related contracts in the last few years.

“We are delighted to play a key role in helping Indonesia achieve its energy goals,” said Steven Moss, Vice President in charge of Renewable Steam Plants at Alstom. “This installation reinforces Alstom’s continued commitment to the geothermal markets and the importance of this renewable fuel source”.

Rony Gunawan, CEO of PT Pertamina Geothermal Energy said, “The competitiveness of Alstom’s offer including quality, environment, health and safety, was key in the awarding of the contract. We are looking forward Alstom improving capability and effectiveness to manage the project.”

Alstom has been present in Indonesia for nearly 50 years, having provided various solutions to support Indonesia’s power and rail transport infrastructure. It employs around 1500 people.