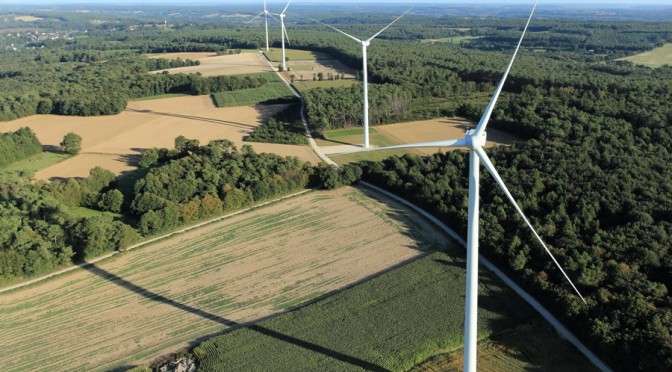 France has become the latest European country to celebrate a strong performance by its wind energy industry during 2014, as new figures revealed over 1GW of new capacity was added last year.

The French government has set a goal of deliver 40GW of onshore wind power and 15GW of offshore wind capacity by 2030, as part of efforts to source a fifth of its power from wind farms.

Frédéric Lanoë , president of FEE, said the recent figures provided encouraging evidence the market had “regained momentum” following a period in the late 2000s when legislative complexity undermined investment in the sector. However, he warned the sector had to build on its recent momentum if France is to meet its over-arching renewable energy and emissions targets.

The latest report follows the publication of similar data from Germany and the UK showing that wind energy capacity increased significantly last year, fuelling a series of wind energy records throughout 2014.