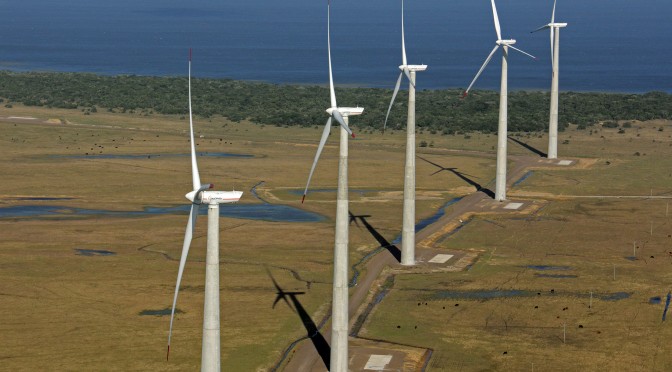 The increase of 2,173 MW reflects the start-up of wind farms contracted at energy auctions in 2009, 2010 and 2011, wind plants for the free market and expansion of existing plants, according to the bulletin.

Brazil had 174 wind farms at the end of November, with the states of Rio Grande do Norte and Ceara concentrating 1,215 and 1,199 MW of the capacity, respectively.

Wind power output totalled 1,774 MW average (MWa) in November, with an average capacity factor of 41%. CCEE highlighted the productivity of 73% in Piaui and 51% in Ceara.