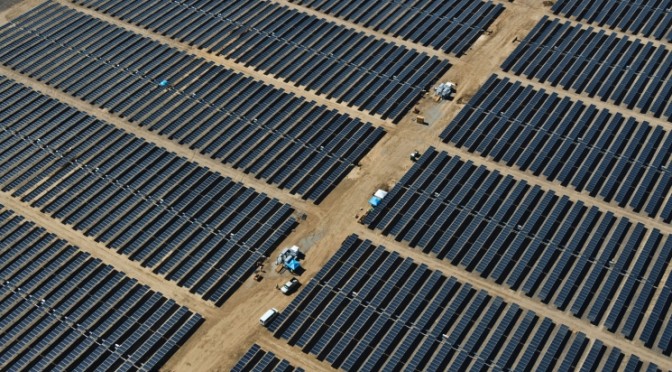 A consortium of Saudi Arabia’s ACWA Power and Spain’s TSK has won a bid to build a 1.2 billion dirhams ($327 million) solar power plant in Dubai, as the emirate looks to diversify to meet its growing energy needs.

Saeed Mohammed al-Tayer, Dubai Electricity and Water Authority (DEWA) Chief Executive, said that the capacity of Phase 2 of the Sheikh Mohammed bin Rashid al-Maktoum Solar Park would be increased to 200 megawatts from the previous target of 100 MW.

The full Solar Park scheme will have a capacity of 1,000 MW by 2030 at a build cost of 12 billion dirhams, helping Dubai achieve its target of 5 percent of electricity from renewable sources by 2030.

Another strand of this strategy is to build the emirate’s first clean coal-powered plant. However, Tayer told Reuters on the sidelines of the event that the deadline for bidders wanting to build the 1,200 MW Hassyan project had been delayed until March. The submission date had been at the end of this month.

The solar energy project is expected to be completed in April 2017.

Funding will be 86 percent through bank loans, and the rest equity funded on a 51/49 percent split by DEWA and the consortium.

The consortium is in talks with banks, particularly from Saudi Arabia and Abu Dhabi, and expects to close a financing deal within 60 days, Tayer told the event.

Despite vast expanses of empty desert and intense year-round sunshine, solar energy has struggled to take off in the Gulf, where heavily subsidised fossil fuel makes green investments unattractive.

However, the ACWA/TSK consortium have proposed generating electricity from the scheme at a cost of 5.84869 U.S. cents/KWh. This would be the lowest ever recorded cost for solar power globally, according to Paddy Padmanathan, chief executive of ACWA Power.