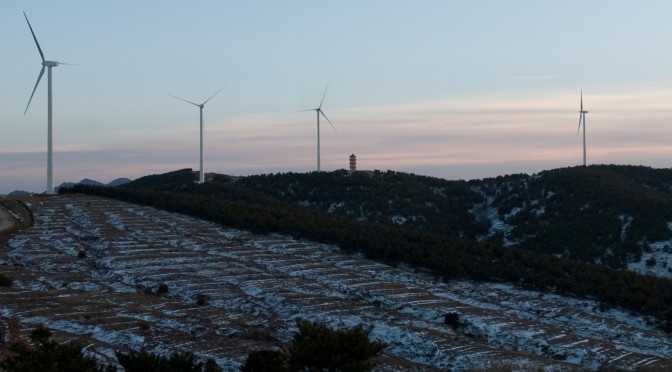 These two new wind power contracts reinforce Gamesa’s strategy in China, where it won contracts for the supply of 450 MW in 2014.

Gamesa, a global technology leader in wind energy, has signed two new contracts in China, one to supply 50 MW to Hebei Construction & Investment Group (HCIG) and another to supply 42 MW to the Chinese wind farm developer UPC.

The scope of the agreement with HCIG encompasses the supply, installation and commissioning of 25 of Gamesa’s G97-2.0 MW turbines, at the Nandianziliang wind complex located in the province of Shanxi, in northern China. The turbines are slated for delivery in May 2015, while the facility is expected to be commissioned by the third quarter of this year. Since 2008, Gamesa has supplied 180 MW to HCIG, one of the top 10 wind power operators in China.

Elsewhere, the contract with UPC includes the supply, installation and commissioning of 21 G97-2.0 MW turbines at the Huangyan wind farm in the province of Zhejiang, in eastern China. These turbines are to be delivered in April of this year and the project is expected to be fully commissioned by the third quarter of 2015. This is the first agreement reached between Gamesa and the wind farm developer UPC.

These two new contracts, signed during the last quarter of 2014, reinforce Gamesa’s commercial strategy in China, where the company won contracts for the supply of 450 MW during the course of the year.