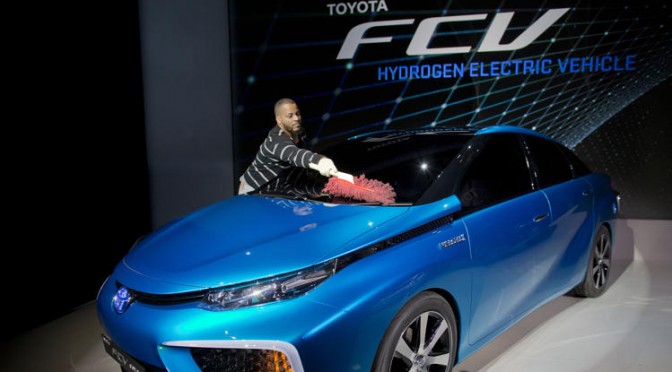 Toyota Motor Corporation has decided to share nearly 5,680 of its fuel cell vehicle (FCVs) related patented technologies (including those with pending applications) royalty-free, in an effort to make FCVs more popular.

Toyota will allow the royalty-free patent usage after negotiations for precise usage plans with interested companies, following which it will sign contracts with them.

Last year, Tesla Motors,  also announced that it will be sharing many of its patents with its rivals in an attempt to boost the development of electric vehicles. However, CEO Elon Musk added a caveat that automakers that use Tesla’s patented technology must not file intellectual property lawsuits in the future. Additionally, the interested electric vehicle producers must subscribe to Tesla’s business model related to the Superchargers and contribute to the maintenance and running costs of the same.