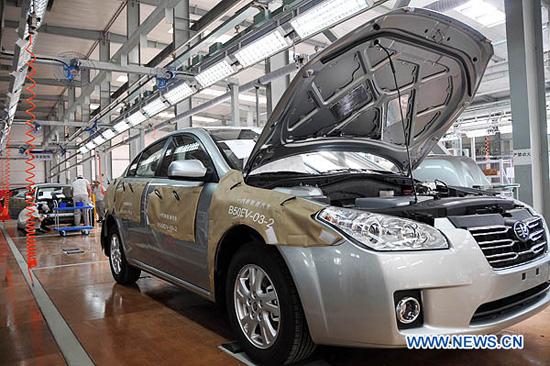 The finance ministry of China announced the plan to continue giving subsidies for electric vehicles until 2020 that guarantees an extension to the initial plan which will eventually expire in 2015, Auto News China reported.

Despite the continuous efforts that have been made on promoting the use of environment-friendly vehicles such as electric cars, the Chinese government has failed to reach its expectations.

China has drafted measures to increase the sales of locally made new energy vehicles, a set which is composed of battery electric and plug-in hybrids vehicles. Yet, its aim to reduce air pollution through purchasing five million cars faced several problems. One of the dilemmas was insufficient charging stations, Eddy Wu said, a Shanghai resident who bought a plug-in hybrid vehicle.

Despite the government subsidies that reduce the car’s cost by around 60,000 yuan, minimal growth has been observed in the green vehicle market. Based on the government figures released, Bloomberg related that China had only reached 12 percent of its target.

It is foreseen that by 2020, five million of these electronic vehicles will be running on China’s roads, reinforcing the government’s moves of fighting pollution and reducing its dependence on fossil fuels.

BYD Corporation, the lead maker of electric and plug-in hybrid cars in China, posted a six-fold increase in sales during the first half of the year, The Wall Street Journal reported. This company is also behind the battery-powered K9 bus. BYD declared that the support of the Chinese government remains consistent with the demand of electric vehicles. Without the subsidy provided by the government, BYD cars would sell for around 380,000 yuan.

Only vehicles manufactured locally are entitled to the subsidy, which entails that internationally produced cars such as those made by Nissan Motor Corp, Ford, Toyota, BMW, Mazda and Tesla Motors Inc. will not have reduced prices.