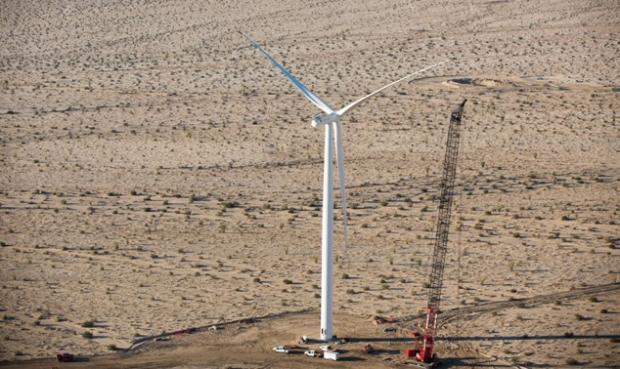 Growing its portfolio to 12 wind power projects, Pattern Energy Group, announced it acquired the 200 megawatt (MW) Logan’s Gap Wind project in Texas, which is currently under construction, from Pattern Energy Group LP (Pattern Development). Upon completion of the project, Pattern Energy will have an owned interest of 164 MW and three institutional tax equity investors will acquire the balance.

Following construction, the project is structured to be financed with all equity and not with project debt. The Company acquired the Logan’s Gap Wind project for a total cash funding commitment of approximately US$113 million, a portion of which will be used to pay down construction debt upon the completion of construction. The acquisition will be funded from available cash and credit facilities.

“We are pioneering new markets for the sale of our electricity to leading corporations like Walmart who are pursuing clean energy for their businesses,” said Mike Garland, CEO of Pattern Energy. “This project, which was only recently added to our ROFO list, demonstrates that our team can move fast to create value when opportunities arise. Pattern Development has more than 30 projects in development at any given time, providing a broad and deep resource for our continued growth and the potential of accelerated drop downs. Our outlook for future acquisitions is better than we have ever seen, as Pattern Development has recently added more projects to its development pipeline through third-party acquisitions. We look forward to announcing new opportunities that will be added to our ROFO list in the near future.”

Pattern Energy has rights of first offer to Pattern Development’s project development pipeline, which includes more than 3,000 MW. Projects are added to Pattern Energy’s list of identified Right of First Offer (ROFO) projects when they reach identified milestones, such as when a project has executed a power purchase agreement.

Through its strategic relationship with Pattern Development, Pattern Energy is able to acquire projects for which the development risks have been substantially reduced. The Company’s fleet of projects, including Logan’s Gap Wind, has limited exposure to fluctuations in the oil and gas markets, as approximately 90% of its power output is contracted for sale with long-term agreements.

Logan’s Gap Wind is being built in Comanche County, Texas, and consists of 87 Siemens 2.3 MW wind turbines. Located near the Dallas-Fort Worth area, Logan’s Gap Wind will be the Company’s fourth wind project in Texas, serving three different regions throughout the state.

Once operational, the Logan’s Gap Wind project will create enough clean energy to power 50,000 homes in Texas each year, according to average annual residential energy use data from the U.S. Energy Information Administration. Located in ERCOT’s North Zone, the project will connect to Oncor’s 138kV Comanche-Zephyr line, which crosses the project site and supplies power to the Dallas-Fort Worth area.

The Conflicts Committee of the Board of Directors of Pattern Energy, which is comprised entirely of independent directors, approved the terms of the acquisition. The Committee was advised on financial matters by Evercore Group L.L.C., which also provided a fairness opinion, and on legal matters by Davis Polk & Wardwell LLP.