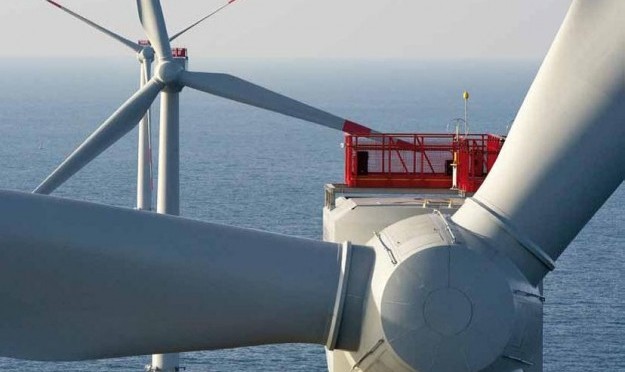 For the first time, the Group will be installing 5-megawatt wind turbines in a wind energy facility.

Within the scope of a joint venture agreement with Gamesa, the French company, will equip Wikinger offshore wind farm with 70 M5000-135 5MW turbines and provide maintenance services for 10 years.

The 350-MW Wikinger project, currently being developed in the Baltic Sea, will become the Company’s first offshore wind farm in Germany and its second such facility after West of Duddon Sands.

IBERDROLA has signed with Areva its largest renewable energy contract to date, valued at approximately €620 million, for the supply of wind turbines to its Wikinger offshore project.

The French company will supply 70 M5000-135 5MW wind turbines, worth €550 million. For the first time, IBERDROLA will be installing 5-MW turbines in a wind facility.

Under the terms of the contract, AREVA will also provide maintenance services, valued at €70 million, for a 5-year period which may be extended for another five years.

Areva will deliver this contract within the framework of a joint venture recently agreed with Gamesa to combine both groups’ offshore businesses and strengthen their competitiveness in the offshore industry.

The 350-MW Wikinger project, currently being developed in the Baltic Sea, will become the Company’s first offshore wind farm in Germany and its second such facility after this year’s commissioning of West of Duddon Sands in the Irish sea. It will also become the fourth Areva-powered project in German waters.

Manufacturing will take place at AREVA’s production sites of Bremerhaven and Stade, in the North of Germany, and the turbines are scheduled to be installed as early as 2017 on jacket foundations from the port of Sassnitz.

The Wikinger site covers an area of roughly 34 km2 with water depth ranging between 37 and 43 metres. Once in operation, IBERDROLA’s new offshore wind farm, with total investment amounting to €1.4 billion, will produce electricity for around 350,000 German households whilst creating around 100 direct and indirect jobs.

This project is part of the Group’s commitment to developing a strong portfolio of offshore wind assets. On 30thOctober 2014, IBERDROLA opened its first offshore wind farm, the 389-MW West of Duddon Sands, in the United Kingdom which generates enough clean power to supply the annual electricity demand of 280,000 British homes.