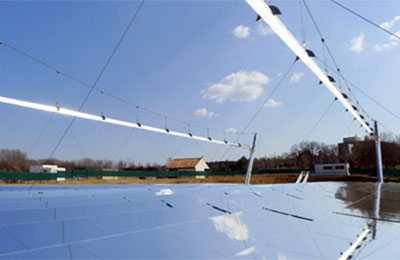 WFEs and the International Water Summit (IWS) will be held in Abu Dhabi from January 19 to 22, 2015.

This thermal oil is heated to 300C, and the produced heat is then transferred via an exchanger to an Organic Rankine Cycle featuring a turbo-alternator that produces electric power. This technique is enjoying increased popularity, for the mirrors actually cost less than those used in parabolic reflectors, according to the statement.

Alsolen concentrating solar power plants include thermal energy storage. Directly connected to the solar field, thermal storage will accumulate heat which is to be used later, in the evening, to continue producing energy.

The basic, sturdy design thus makes it possible to size the storage capacity so as to recover the energy for a few hours in the evening, or even for the entire night, the statement added.