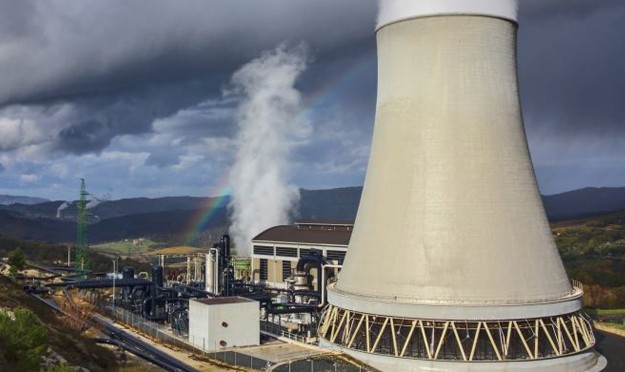 Enel Green Power sells its 36.2% stake in La Geo to state-owned INE that already owns 63.8% of the company. The Italian renewable company cashes in 280 million USD and closes operations in the country.

Enel Green Power (EGP) and Inversiones Energéticas S.A. de C.V. (INE), the Salvadorian state-owned energy company, signed an agreement for the sale of the 36.2% stake Enel Green Power owns in La Geo, EGP and INE joint venture for the development of geothermy in El Salvador, to INE which with 63.8% of the stake is already the majority shareholder of the Salvadorean company.

With this agreement EGP will dispose its whole shareholdings in La Geo (36.2%) to INE for a consideration of approximately 280 million USD (approx. 224 million euros) thereby closing its operations in the country.

EGP and INE started negotiations under the umbrella of the International Centre for Settlement of Investment Disputes (ICSID) of the World Bank in Washington D.C. a few weeks ago aimed at sealing a mutually beneficial deal and end an eight year dispute between the two companies. The sale is executed under the framework of a settlement agreement signed with the State of El Salvador regarding an ongoing ICSID litigation. The full effectiveness of the final settlement of the dispute with the Republic of El Salvador is subject to certain conditions (termination of the pending local litigations against EGP and its representatives)  to be verified in the next 6 months.
Enel entered El Salvador in August 2001 when the government – supported by top-level international banks and legal advisors – launched an international public tender to select a strategic partner for the development of geothermal energy in the country. After a competitive tender, Enel was selected to establish the joint venture, “La Geo”, with the Salvadoran state-owned power company, INE/CEL. In 2002, Enel acquired 8.5% of La Geo and signed a Shareholder Agreement (SHA) that recognized, inter alia, its right to reach the majority in La Geo by capitalizing investments in the company. Over the following years, Enel Green Power, which took over the shares from Parent company Enel, fulfilled its obligations as a strategic partner and thereby increased its stake in La Geo to 36.2%, through the mechanisms provided by the SHA. Nonetheless, INE/CEL has always refused to recognize EGP’s right to further buy-in to La Geo through reserved capital injections in exchange of investments, as provided in the SHA. Therefore, in 2008, EGP initiated an arbitration proceeding against its partner for breach of the SHA under the Rules of Arbitration of the International Court of Arbitration of the International Chamber of Commerce to which several other legal actions followed up to the decision to seek for a mutually beneficial solution which brought to today’s agreement.
Enel Green Power is the Enel Group company fully dedicated to the development and management of renewable energy sources at the international level, with operations in Europe, the Americas and Africa. The company generated over 29 billion kWh in 2013 from water, sun, wind and the Earth’s heat – enough to meet the energy needs of more than 10 million households and avoid the emission of approximately 16 million tonnes of CO2 into the atmosphere. Enel Green Power is a world leader in the sector thanks to its well-balanced generation mix, providing generation volumes well over the sector average. As of September 30th, 2014, the company has an installed capacity of approximately 9,500 MW from a mix of sources including wind, solar, hydroelectric, geothermal and biomass. The company has about 750 plants operating in 18 countries in Europe, the Americas and Africa.