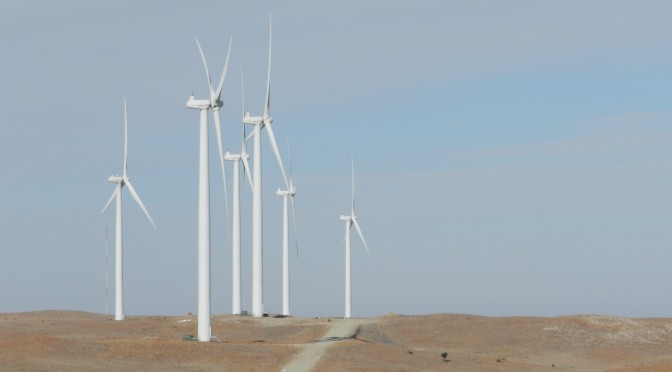 Nebraska has the capacity to build and export more wind energy generated by wind turbines than it does now, according to a study that will be released by the Nebraska Power Review Board.

The Nebraska Renewable Energy Export Study, mandated by the passage of LB1115 this past legislative session, said there is significant growth potential for renewable electricity generation in the state, both short- and long-term.

The Legislature appropriated $200,000 to the board for the study, which found that Nebraska’s existing transmission infrastructure could integrate at least 2,000 megawatts of additional wind energy capacity. Doing so would create jobs, spur economic growth and development, and would be good for Nebraska landowners and ratepayers, according to the study by the Brattle Group, a consulting firm with headquarters in Cambridge, Massachusetts.

Further expansion of the state and regional transmission system could make room for more renewable electric generating capacity up to a maximum of 10,000 megawatts.

The study also suggests a variety of policy options for legislative change that could help foster development and investment in wind energy.

Those policy options include such things as a production tax credit or an investment tax credit, a transmission authority for renewable energy, renewable energy zone planning and wind projects outside of traditional power purchase agreements.

The Brattle Group presented the study to the board Friday, which accepted it, said Tim Texel, the board’s executive director. The full study will be presented to the Legislature and the governor Monday before being released to the public.

“We cannot overstate the value that renewable energy generation investment and the growth of wind power generation can have for the state of Nebraska,” Jeff Clark, executive director of the Wind Coalition, said in a news release touting the study’s completion.

The coalition is a nonprofit group formed to encourage the development of wind energy in the south-central U.S. Its members include developers, owners and operators of wind farms, turbine and component part manufacturers, law and engineering firms and public interest advocates.