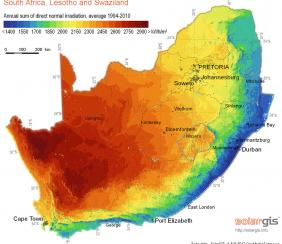 Africa’s most advanced economy is in the midst of a severe power crisis because of the government’s failure to build any major new power stations since the end of apartheid in 1994.

It is also committed to introducing renewables into its mix of power generation, 95 percent of which is coal at the moment.

The so-called “Window 4” of its renewable energy bidding rounds has invited bids for a range of renewable projects such as wind energy, photovoltaic, biomass and small scale hydro-electric.

“On Monday we will reveal the names of the projects that are successful and also the megawatt for each project and the size of the plants we are going to build,” a government source said.

All projects should be constructed within two years, and by 2017 their first power should be feeding into the grid, the government official said.

Contracts were signed with 15 companies on Thursday to also provide 1,000 megawatts of renewable energy in the so-called “Window 3” round.

The power crisis has seen South Africa’s rand plummet to a six year low as investors worried about the certainty of electricity supply.