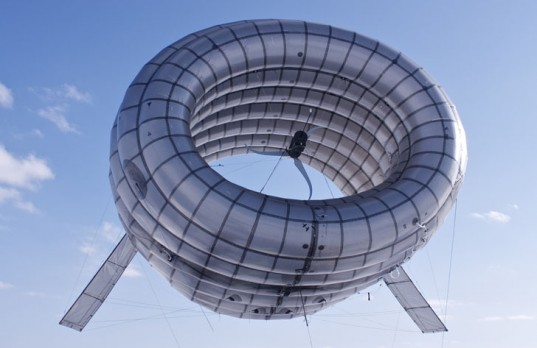 SoftBank has invested $7 million in Altaeros Energies, which is based at the Massachusetts Institute of Technology and makes airborne wind turbines.

SoftBank’s investment shows just how wide the company’s investment portfolio is. It also comes at a time when investments in clean-tech companies have fallen, due in part to the increasing availability of renewable energy sources.

SoftBank, however, has been keen to grow its clean energy business in Japan, where the Fukushima disaster in 2011 spurred interest in finding alternatives to nuclear energy.

For example, earlier this year the company announced that its clean energy business unit will start retail distribution of renewable energy sources including solar and wind power.

In statement, Masayoshi Son, the chairman and CEO of SoftBank, said Altaeros’ tech can potentially help SoftBank gain a stake in new verticals.

“Altaeros’ airborne wind turbine technology is a new and promising renewable energy solution for remote islands and locations in Japan and the Asia-Pacific region. We also believe in the BAT’s potential to create new businesses by combining it with communication and surveillance technologies,” Son said.

Altaeros’ wind turbines, called Buoyant Airborne Turbine (BATs) technology can fly higher than traditional wind towers and go up to 2,000 meters above ground. Since they don’t need to be installed on the ground, BATs can be used in more locations than wind towers. Altaeros claims that BATs can “significantly [reduce] the cost of electricity for remote sites,” as well as deliver equipment and telecommunications services to remote locations.