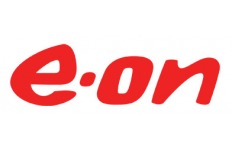 EON SE’s plan to spin off its fossil-fuel plants marks a watershed moment in Germany’s renewables effort that will likely bolster the country’s already leading position in green energy.

EON’s announcement is the culmination of a push to wind, solar and other alternative energy forms that the German government began 14 years ago with subsidies to reduce the country’s reliance on fossil fuels for power production. That plan gained added momentum in 2011 with a decision to close the country’s nuclear reactors following the Fukushima accident.

Chancellor Angela Merkel’s bold move is already beginning to pay off, with Europe’s largest economy for the first time getting more electricity from renewables this year than any other source. About a quarter of Germany’s power now comes from green energy, compared with 6.2 percent in the U.S. and 4.8 percent in France.

In an exclusive interview published Monday, Gabriel was quoted by German Rheiniche Post newspaper as saying that E.ON’s plan made a significant contribution to the transformation of energy supply in Germany and could support the German government’s energy policy.

“With its decision, E.ON became the first enterprise to take the consequence of the completely changed world of energy supply. This certainty creates new opportunities,” the minister, who oversees German economic and energy affairs, said.

According to E.ON’s plan announced late on Sunday, the utility will spin off its business of conventional power generation, global energy trading, exploration and production and focus on renewables, distribution network and customer solutions in the future.

The business spun off would be combined in a new independent company which was set to be established in 2016 and go public. A majority of the new company’s capital stock would be transferred to E.ON’s shareholders. The remaining minority of stakes held by E.ON would also be eventually sold.

“We are convinced that it’s necessary to respond to dramatically altered global energy markets, technical innovation, and more diverse customer expectations with a bold new beginning,” said E.ON CEO Johannes Teyssen in a statement, adding that the company’s existing business model “can no longer properly address these new challenges.”

E.ON said it would place a particular emphasis on expanding its wind business in Europe and in other selected target markets after the split. It would also strengthen its solar business and upgrade its energy distribution networks in its European markets and Turkey.

The government intends to go further, setting goals to increase the use of alternative energy sources to as much as 45 percent of all power generated by 2035 and boost that figure to 80 percent by 2050. Germany, where the eastern countryside is already dotted with thousands of wind turbines, plans to do that in part by expanding large-scale offshore wind plants that can produce more reliably because the breeze is steadier at sea.

Against this general backdrop, power companies in Germany are increasingly staking their future on green energy. EON after the split in 2016 will concentrate on renewables, distribution and marketing to households and consumers. The spun-off entity will include conventional power generation, global energy trading, exploration and production.

“Spinning off coal, gas and oil from the core business is a smart strategy for a future-oriented company,” said Patrick Graichen, head of Agora Energiewende. “I’m sure additional utilities will follow suit — not just in Germany, but worldwide.”

Vattenfall AB, owned by the Swedish state, wants to get rid of its German coal operations to focus on renewables, while ENBW Energie Baden-Wuerttemberg AG last year doubled its asset sales goal to 3 billion euros to free up cash to invest in clean energy. RWE AG, Europe’s biggest corporate emitter of greenhouse gases, said yesterday it didn’t plan to follow EON’s lead. RWE last year generated more than half of its power in Germany with lignite, the dirtiest fossil fuel.

Merkel is also trying to reduce the country’s emissions by pushing Germany’s auto industry to build more electric cars after French, Japanese and American carmakers got off to an early lead. Including vehicles like BMW’s i3 and an electric version of Daimler’s Smart car, German auto manufacturers will offer 17 electric-powered models by the end of 2014, and another 12 will be going on sale next year, according to the country’s VDA automotive industry group.

Germany is far behind with a push to have 1 million electric cars on the road by 2020, in part because the government has balked at subsidies like those offered in France, where consumers receive as much as 6,300 euros to help cover the higher cost of low-emission vehicles. Electric car sales in Germany last year amounted to about 7,600 vehicles, while in France demand was almost double that at 14,400.