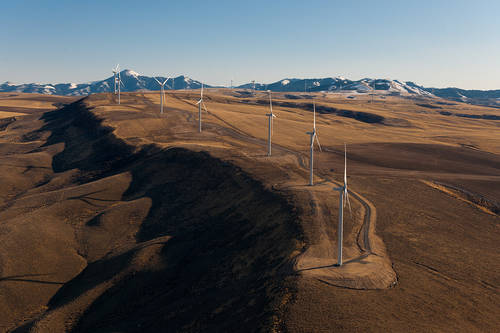 Nordex SE has been awarded a contract for the delivery of 43 N100/2500 wind turbines plus a service contract for a period of at least five years.

The “Thunder Spirit” wind energy project has already qualified under the applicable production tax credit system and has signed a power purchase agreement with a regional utility.

The wind farm is located in Adams County in North Dakota, United States. This location is characterized by strong winds with a mean annual wind speed of nine metres per second in tandem with low turbulence. Given these favourable conditions, the 43 turbines will be able to generate an annual yield of up to 426 GWh, equivalent to an above-average capacity factor of more than 45 percent. At the same time, the wind farm will be able to supply over 39,000 local homes with electricity.

The project was originally developed by Wind Works Power Corporation who has since sold its shares in the project entity to ALLETE Clean Energy (ACE), a subsidiary of ALLETE, Inc. ACE will construct the project and ultimately sell it under contract to Montana Dakota Utilities, a utility headquartered in Bismarck, ND.  Work on the wind farm infrastructure has already commenced. Nordex will be delivering the first few turbines to the construction site in mid-August 2015 with towers commencing end of July 2015. The wind farm is scheduled to be connected to the grid and to go on line in December 2015.