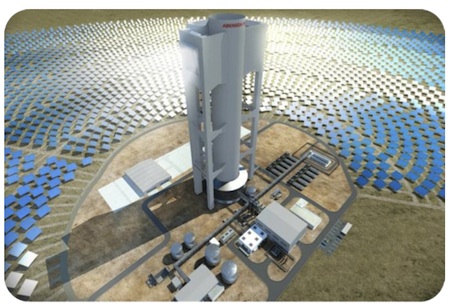 Abengoa has decided to continue pushing forward with the development of the Palen concentrated solar power (CSP) project regardless of the withdrawal of its planning application in September.

Abengoa has decided to continue pushing forward with the development of the Palen concentrated solar power (CSP) project regardless of the withdrawal of its planning application a few months ago (September).

The 500 MW Concentrated Solar Power (CSP) project had been under development via a partnership between Abengoa and Brightsource, before the planning application was withdrawn following on the news that the project would have to be reduced in size, from two towers to one, and that it would have to take up considerably less land.

As part of Abengoa’s recent announcement to continue pushing forward, the company also revealed that it will be acquiring Brightsource’s stake in the Concentrated Solar Power (CSP) project — and that it will be altering the project to a single tower configuration, and increasing molten salt storage.

“Abengoa aims to bring forward a Concentrated Solar Power (CSP) project that will better meet the needs of the market and energy consumers. Concentrating solar power, and specifically tower technology with thermal energy storage, can play a key role in helping California achieve its clean energy goals by providing the flexibility needed to maintain grid reliability,” the company stated in a press release.

That statement alludes to the fact that the state of California has placed storage requirements on the state’s main utilities. In reference to that, PG&E’s proposed molten storage project is intended to help the utility reach its share of the 1.3 GW target for storage. The new plans will still have to be submitted to the CEC, and are pending approval.