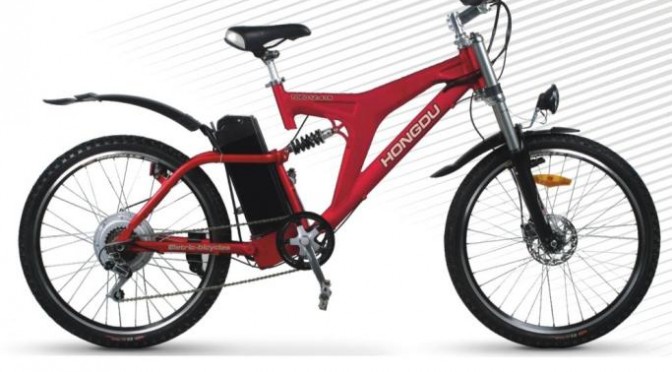 A new report from Navigant Research analyzes the global market for throttle-control and pedal-assist electric bicycles (e-bicycles), including global market forecasts for annual e-bicycle unit sales and revenue through 2023.

While e-bicycles are still an emerging market in North America, where they have largely been viewed as a novel type of sporting equipment rather than a vehicle for transportation, they have developed into a mature market in many countries in Asia Pacific and Western Europe, where strong commuter cultures utilize e-bicycles for everyday transportation.  Along with technology advances in e-bicycles, emerging trends in cities worldwide have helped position this market for accelerating growth.

According to a new report from Navigant Research, worldwide sales of e-bicycles are expected to grow from 31.7 million annually in 2014 to 40.3 million in 2023.

“The global market for e-bicycles continues to expand with the advent of new technology developments and the increasing affordability and availability of product offerings,” says Ryan Citron, research associate with Navigant Research.  “Among other trends, combined throttle-control and pedal-assist models, electric cargo bicycles, all-in-one retrofit kits and wheels, and the use of e-bicycles in police patrol and security applications have all contributed to creating a growing global market with strong potential.”

Growing urbanization, along with rising fuel costs and roadway congestion, is pushing consumers toward alternative forms of transportation and increasing the use of two-wheeled transport for commuting purposes, according to the report.  This is particularly true in the developing countries of Asia Pacific; it is estimated that 170 million consumers in China use an e-bicycle every day.  As more people in the developed countries of the West choose to live in urban centers rather than far-flung suburbs, e-bicycles are likely to become an increasingly popular choice for personal transport.

The report, “Electric Bicycles,” analyzes the global market for throttle-control and pedal-assist e-bicycles.  It provides a detailed analysis of the market forces, key drivers of growth, and technology associated with e-bicycles.  Global market forecasts for annual e-bicycle unit sales and revenue, segmented by region, battery chemistry, and scenario (base and aggressive), extend through 2023.  The report also examines government influence on the market for e-bicycles and profiles of key e-bicycle manufacturers and suppliers, as well as other market players.  An Executive Summary of the report is available for free download on the Navigant Research website.