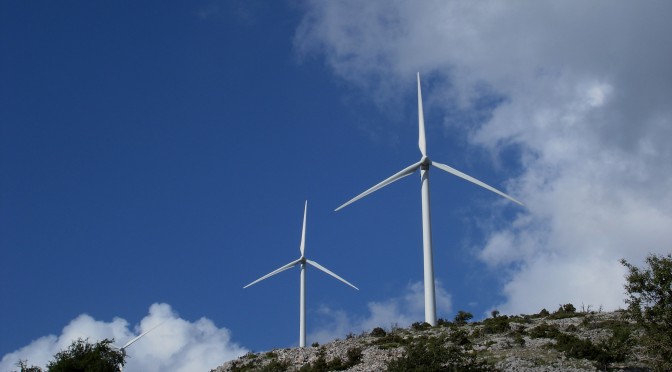 Within the framework of a turnkey agreement, Gamesa will install 41 wind turbines (2.0 MW each) for EREN at the Ptoon and Maristi wind farms.

Gamesa, a global technology leader in wind energy, has sold to EMV, a Greek subsidiary of EREN, two wind farm developments in Greece with combined installed capacity of 82 MW, which it will build under a turnkey arrangement.

Under the terms of the agreement, Gamesa will handle, in coordination with EREN’s local team, the construction of both wind farms, located in the region of Sterea Ellada. At the Ptoon wind farm (40 MW) the company will install nine of its G87-2.0 MW turbines and 11 of the G97-2.0 MW. At the Maristi wind farm (42 MW) Gamesa will supply 21 of its G87-2.0 MW turbines. The company will also provide the facility’s operation and maintenance (O&M) services for a period of ten years.

Additionally, Gamesa will also build the infrastructure needed to install and operate the facility, including an electric substation at each development. Both wind farms are slated for completion by the end of next year.

This is the second agreement reached by Gamesa with EREN, having already closed last year the sale of a 25.5 MW wind farm located in the Viotia prefecture, a facility which was also developed and built by Gamesa.

Gamesa’s presence in Greece dates to 2000. Since then, in its capacity as developer, it has built nearly 90 MW and has a pipeline of almost 600 MW at varying stages of development. In addition, the company also installed nearly 180 MW of its turbines in Greece, a market in which it also maintains 118 MW.

EREN, a group founded by Pâris Mouratoglou and David Corchia to develop businesses and technologies dedicated to natural resources efficiency worldwide, has already developed a large presence in Greece where it owns more than 150 MWs of Renewable energy capacity in operation or under construction, including the Ptoon and Maristi wind farms.