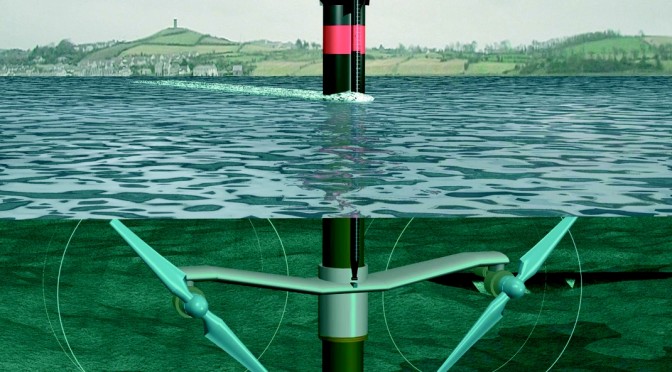 The two Groups were selected by Chilean development organization CORFO (Corporación de Fomento de la Producción) to set up an International Centre of Excellence (ICE) on Marine Energy in the country.

The 8-year project, supported by an approximate 20 million US dollars in cash and in-kind funding, 65% of which coming from CORFO, is aimed at carrying out research and development activities on Marine Renewable Energy (MER) technologies taking into account the specific natural conditions of Pacific Ocean in Chile.

The International Centre of Excellence, named Marine Energy Research and Innovation Centre (MERIC), will serve as a hub for innovation in Marine Energy in Chile and at global level.

The Centre will be supported by a contribution of approximate 20 million US dollars in cash and in-kind funding, 65% of which will come from CORFO. MERIC’s applied research and development work will focus on key sources of marine renewable energy such as tidal power and wave power.

“We are very pleased to be part of this venture alongside the Chilean government as well as our  industrial partner DCNS” stated Salvatore Bernabei, General Manager for Chile and Andean Region at Enel Green Power, “Marine energy is one of the most important frontiers in the renewable sector and innovation is key to unlock potential of this renewable energy source. MERIC, thanks to the support of all its Chilean partners, will revolutionize the way we produce energy from the oceans in Chile and at global level”.

Thierry Kalanquin, Senior Vice President Energies & Marine Infrastructure at DCNS, warmly welcomed the announcement: “We are proud to have been chosen to develop this Centre of Excellence in Chile. The country has tremendous potential and can become the global laboratory for Marine Energy on Pacific coast.  The creation of MERIC answers that objective and we have the ambition to turn it into an international centre for adaptation and qualification of Marine Energy technologies.”

EGP and DCNS will bring their respective strengths to MERIC. EGP is a world leader in the renewable energy sector. It will contribute to MERIC giving the point of view  of the end user by highlighting what are the most important factors in the installation, operation and maintenance of marine power plants in order to secure safe, sustainable and profitable projects. DCNS is a major player in marine renewable energy systems with a significant track record as well as technical expertise in Tidal, Wave, Offshore wind and Thermal energy conversions, and brings valuable experience in naval and marine industrial project management and methodology. In addition, MERIC will be supported by the resources and substantial expertise of the Chilean development organization Fundación Chile, the R&D foundation INRIA Chile, research institutions Pontificia Universidad Católica de Chile, and Universidad Austral de Chile, as well as Enel Group’s subsidiaries Chilectra and Endesa Chile.

During the first 8 year, the Centre will gather researchers to support work related to marine resource assessment, site characterization, bio-fouling, bio-corrosion, environmental and social impact, and technology adaptation to extreme ocean conditions. The experts will also begin developing tools to test and adapt MRE technologies to the country’s unique natural conditions (seismic activity, rugged coastline, a particularly rich and diverse array of marine flora and fauna). MERIC will implement an innovative, integrated approach to R&D in the sector, which includes the installation of an experimental wave energy converter to serve as a “validation test bench” allowing comparison of theoretical results with real world data.

From 2019 onwards, MERIC is expected to have a consolidated infrastructure and experience which would allow to provide services to local and international industry who wish to test MRE technologies in the Chilean marine environment.
Enel Green Power is the Enel Group Company fully dedicated to the development and management of renewable energy sources at the international level, with operations in Europe and the Americas. The company generated over 29 billion kWh in 2013 from water, sun, wind and the Earth’s heat – enough to meet the energy needs of more than 10 million households and avoid the emission of approximately 16 million tons of CO2 into the atmosphere. Enel Green Power is a world leader in the sector thanks to its well-balanced generation mix, providing generation volumes well over the sector average. As of June 30th, 2014, the company has an installed capacity of approximately 9,150 MW from a mix of sources including wind, solar, hydroelectric, geothermal, and biomass. The company has approximately 750 plants operating in 16 countries in Europe and the Americas.
DCNS: Sea the Future®
DCNS believes that the sea is central to our planet’s future. As a world leader in naval defence and an innovator in the energy sector, the Group is developing advanced technology and solutions to secure the future and sustainably develop the planet’s potential. Its leadership is built on a proven ability to meet customer needs by combining exceptional know-how with unique industrial resources. DCNS designs and builds submarines and surface combatants, develops associated systems and infrastructure, and offers a full range of services to naval bases and shipyards. The Group has also expanded its focus into civil nuclear energy and marine renewable energy. Aware of its corporate social responsibilities, DCNS was one of the first major defence groups to achieve full certification to ISO 14001. The DCNS Group generates annual revenues of €3.4 billion and employs 13,600 people (2013 data).