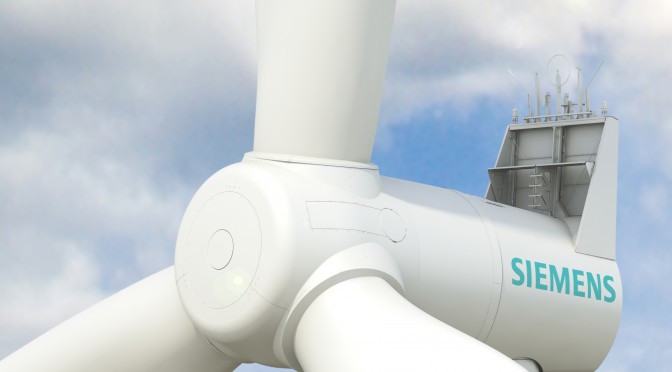 The SWT-2.3-101 wind turbines for the Armow Wind project will be located in the municipality of Kincardine. This 180 MW project will generate clean power for approximately 70,000 Ontario homes, and will create over 200 jobs during construction and 15 permanent jobs during operation.

Located in the Township of Kincardine, the wind farm will utilize 91 Siemens 2.3 MW wind turbines, whose towers and blades will be manufactured in Ontario.

“Siemens is proud to provide Ontario-made wind turbines for the Armow Wind power project,” comments Jacob Andersen, head of wind power and renewables at Siemens Canada. “This project further demonstrates the progress of the Green Energy Investment Agreement between Samsung and the Ontario government and underscores the success of the Green Energy Act as part of the province’s commitment to economic growth and environmental sustainability.”

Samsung and Pattern say the Armow Wind project is bringing strong economic benefits to the Kincardine community. The project will fund a long-term community benefits program, which will support education and other initiatives.

Armow Wind has a 20-year power purchase agreement with the Ontario Power Authority and is expected to be completed in the fourth quarter of 2015.