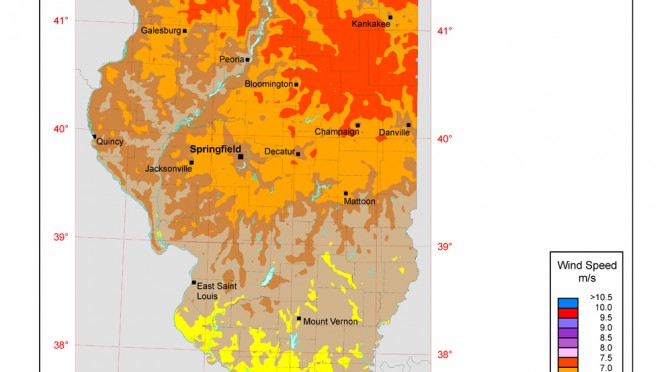 The PPA was sourced via a competitive public Request for Proposal process through the GSA and marks the largest U.S. Federal Government wind energy contract signed in U.S. history.

Mesa Grande and Geronimo entered into a partnership to form MG2 Tribal Energy in order to jointly pursue renewable energy opportunities throughout the U.S. This PPA represents a first for MG2 Tribal Energy, with prospects for many more in the future.

The Walnut Ridge Wind Farm is currently under development with approximately 14,500 acres and up to 225 MW in the total projected footprint. The 140 MW PPA is estimated to produce approximately 500 gigawatt hours of electricity annually, eliminating an estimated 499,973 metric tons of carbon dioxide equivalent emissions each year.

The 140 MW PPA will bring an estimated $47 million of direct economic impact to the local area over 20 years, including: $21 million in additional tax revenue, $16 million in landowner payments, $560,000 in charitable gifts to the local community, and the creation of 10 full-time, permanent local jobs.

“As part of GSA’s commitment to greening the federal government, we are working to ensure that we don’t just use energy but create it as well,” says GSA Administrator, Dan Tangherlini. “This project will add to the power grid in a sustainable way and ensure that we become less dependent on fossil fuels. We are proud of our progress toward meeting the federal government’s renewable energy goals, and look forward to taking advantage of future opportunities that will help us with this effort.”

“The Mesa Grande Band is excited about our partnership with both Geronimo Energy and the GSA,” says Mark Romero, Chairman of the Mesa Grande. “With very limited opportunities to generate revenue on the reservation due to our remote location, the Mesa Grande Band has sought out multiple economic development strategies, including our partnership with Geronimo.  This contract represents an important step forward in the history of the Mesa Grande Band because it is entirely consistent with our historic concern for Mother Earth and the continued availability of clean water, land and air for future generations.  Few other economic development opportunities enable us to remain so true to our cultural and spiritual values.”

“Geronimo is proud to develop economically viable renewable energy projects for customers, now including the federal government via this contract with the GSA,” says Geronimo Energy President, Blake Nixon. “Our partnership in MG2 has been a mutually beneficial venture from the beginning, and by securing this PPA with the GSA, our partnership with the Mesa Grande has an exciting future.”

About the U.S. General Services Administration
The U.S. General Services Administration (GSA) was established on July 1, 1949 by President Harry Truman to streamline the administrative work of the federal government. As a result of its establishment, the following agencies were consolidated into one agency:  the National Archives Establishment, the Federal Works Agency, the Public Buildings Administration, the Bureau of Federal Supply, the Office of Contract Settlement, and the War Assets Administration. Today, GSA works hard to deliver the best value in real estate, acquisition, and technology services to government and the American people.

The Mesa Grande Band of Mission Indians is a federally-recognized tribe located in northern San Diego County, about 60 miles northeast of the city of San Diego. Archaeologists have confirmed that the people of Mesa Grande have occupied the region for at least 12,000 years. For historical context, this means that the ancestors of today’s Mesa Grande citizens lived here 7,000 years before the Pharaohs began ruling ancient Egypt.  Today, the Mesa Grande Band is a non-gaming tribe with approximately 800 tribal members.  The Band has identified renewable energy development as one of its primary areas of interest. Native culture places a high priority on environmental conservation and respect for the land, so renewable energy development is consistent with the tribe’s cultural and spiritual values.

Geronimo Energy is a utility-scale wind and solar energy developer headquartered in Edina, Minnesota. Geronimo has developed three operating wind farms and several solar projects in Minnesota.  Geronimo is poised to build seven wind projects with an aggregate nameplate capacity of over 1,000 megawatts (MW) throughout the Midwest and expects to build the 100 MW Aurora Solar Project in Minnesota, as well as other solar facilities nationwide, by 2016. Geronimo has a multi-gigawatt development pipeline of wind and solar projects in various stages of development throughout the United States.