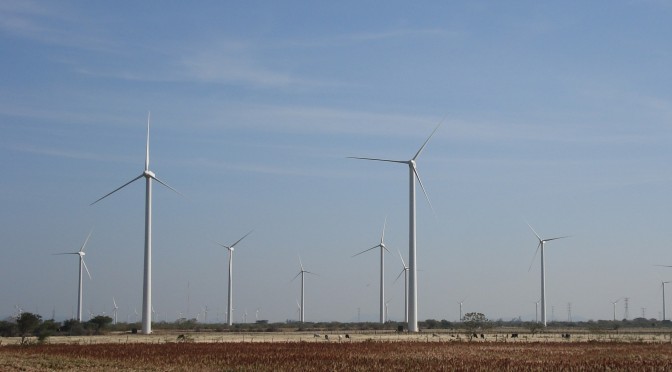 The wind farm is equipped with 37 of Gamesa’s G80-2.0 MW wind turbines and is located in one of the country’s windiest regions.

Gamesa, a global technology leader in wind energy, has delivered to Grupo México, a leading Mexican company, a 74 MW wind farm located in the state of Oaxaca, one of the country’s windiest regions.

The wind farm is made up of 37 of Gamesa’s G80-2.0 MW turbines, which will generate enough energy to supply around 7,500 households a year, representing close to 4% of the country’s installed wind capacity.

The facility, which was developed and built by Gamesa, was commissioned in the first quarter of 2014. Under the terms of the sale agreement, the company will continue to operate and maintain the wind farm for the next five years.

This agreement further strengthens Gamesa’s leadership position in Mexico, where, in addition to developing and on-selling wind farms, it supplies, installs and services wind turbines.

In its capacity as developer, the company has developed, built and commissioned over 244 MW in Mexico and it is under construction for another 70 MW. Gamesa currently has a large pipeline at varying stages of development. It has also installed almost 1,360 MW of its turbines and maintains over 1,000 MW.