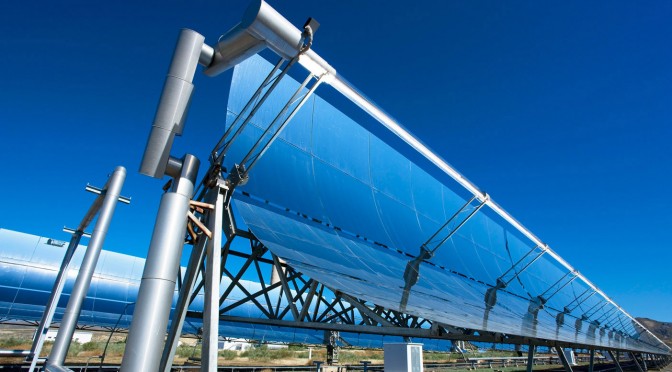 The Dii (Desertec Industrial Initiative) has been dissolved in its current form, and will now only continue to exist as a consultancy firm.

On Tuesday, the Dii decided that it would only continue to exist as a small consultancy firm. Does that mean the end for the idea of using solar thermal power plants in the desert to generate power?

No, because in the short term the market for solar thermal power plants depends primarily on whether the desert states will be relying on the Sun and wind for their own energy supply in the future. Some of the developments in this regard are very encouraging. Morocco is in the midst of implementing a solar plan with the aim of building solar power generators with a capacity of 2000 megawatts. In fact, 500 megawatts are already under construction or have been put out for tender. These facilities will be equipped with thermal storage systems and so will be able to cover the peak load during the evening hours. At present, this can only be met by means of expensive oil imports. Even a country like Saudi Arabia – itself a major crude oil exporter – has realised that it would be better off meeting its power requirements using the Sun and wind in future, and is preparing tenders. Otherwise, energy consumption, which is growing continuously due to the increasing rate of population growth, would make income from oil exports almost impossible – as soon as 2030. Solar thermal power generators will naturally be a part of the future energy mix.

Will the dissolution of the Dii in its current form affect the construction of solar generators in North Africa and the Middle East?

In my view, not at all. In the past five years, the Dii has established important connections and designed energy supply strategies for a number of countries. But the industry association itself has neither developed nor financed any projects. In the meantime, Algeria, Saudi Arabia, Morocco and other countries have done so and have put solar power generation projects out to tender. So, as a result, generator technology providers continue to be active and are are competing for these contracts.

In Germany, at present, there is actually something of a surplus of power from renewable sources, such as wind and photovoltaics. Does Europe actually need power from solar generators in North Africa?

Personally, I feel that the question of how we will be able to meet the energy requirements in Europe using more and more renewable energy and with less environment-unfriendly carbon dioxide emissions from fossil fuels – which is actually the point – has not been conclusively answered. There will always be times when the Sun is not shining and there is no wind. Importing renewable energy from solar thermal power plants, which can produce power around the clock with their storage systems, can become an important option to complement electricity storage systems, which are still very costly. I am convinced that a market for power from solar generators will develop, especially when it becomes significantly more cost effective as a result of the continuing development of the technology in the medium term. Drawing on the experiences of the past five years, and following the installation of around four gigawatts of generating capacity, the cost of power generation has already been reduced from over 20 cents per kilowatt-hour to less than 13 cents per kilowatt-hour. In the coming years, further projects will bring it down to less than 10 cents per kilowatt-hour. In the long term, the International Energy Agency (IEA) expects costs of just six cents per kilowatt-hour for power from solar thermal power plants that have storage systems.

Where do you see the future markets for solar thermal power plants?

Solar thermal power plants are in demand, particularly along Earth’s Sun Belt. In many of these regions, the energy demand is rising rapidly because of economic development and population growth. Together with other renewable energy sources such as wind and photovoltaics, a high degree of security of supply can be achieved using solar power plants with thermal energy storage systems. This offers major benefits for countries without their own oil or gas reserves, which have to import fossil fuels. In addition, solar power plants can generally be built using a large proportion of local manufacturing. This means that the technology can be an important driver for economic development and employment in North Africa and the Middle East. For this reason, in its latest report, the IEA considers that in 2050 11 percent of global power needs will come from such generators.