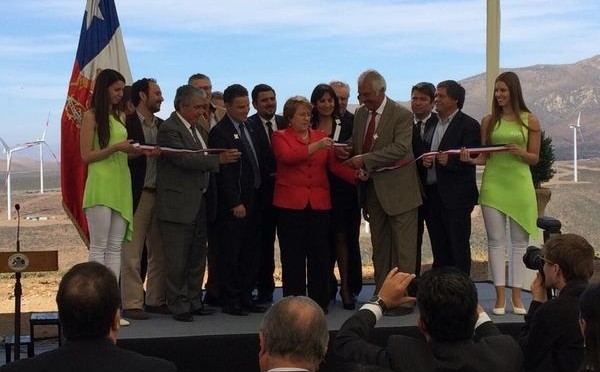 Chilean President Michelle Bachelet was on hand for the inauguration of the Los Cururos wind farm, which marks Colombian electric utility EPM’s first investment in that southern South American country.

Empresas Públicas de Medellín, owned by the municipality of Medellin, invested nearly $200 million in the wind energy project, which is located in the northern region of Coquimbo and will provide 110 MW to Chile’s main grid.

Anibal Gaviria, mayor of Colombia’s second city and chairman of EPM’s board, said the company has its sights set on further investment in Chile and pointed to hydro power as a promising sector.

Environmental sustainability and community relations will be top priorities in the operation of the wind farm, Gaviria said at Friday’s inauguration ceremony.