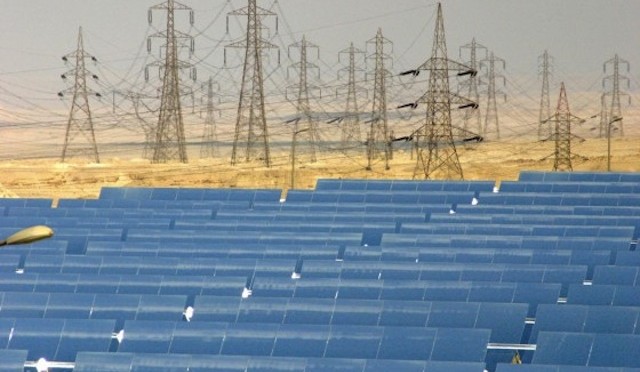 Egypt is planning to auction 2 GW capacity each in wind and solar power capacity next month. The government is expecting an investment of about $7 million in the development of this capacity. In addition to renewable energy auctions, the government also plans to offer 4 GW of coal-fired power generation capacity for bidding.

These auctions are part of long-term program which would see the Egyptian government auction a total of 30GW of power generation capacity based on renewable energy and coal. The government expects that solar power projects auctioned next month would be commissioned by June 2015, while the wind energy projects would be commissioned by the end of 2015.

Egypt’s New & Renewable Energy Authority (NREA) has set a target to generate 20% of the country’s power demand from renewable energy sources by 2020; this includes 12% from wind power and 8% from other technologies like solar power and hydro power. The expected capacity addition is skewed towards wind energy, as solar power is still costly in Egypt while hydro power potential has been largely utilized.

Egypt is among the largest generators of wind energy in the Middle East North Africa (MENA) region, and plans to further develop its wind energy infrastructure in an aggressive fashion. The government plans to add 7,200 MW wind energy capacity by 2020, including 2,500 MW from private companies.

The government is expected to finance the capacity addition through international assistance. The country will make use of $5.2 billion funds from the World Bank, the African Development Bank and other development agencies. Egypt is also collaborating with Germany and Italy for development of solar thermal power and solar photovoltaic power projects respectively.