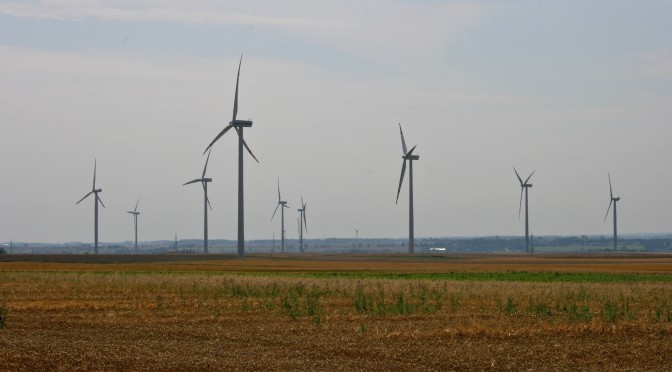 Wind Farm to produce 40 megawatts (MW) of power for Poland and region.

Helping to modernize the Polish power infrastructure and reinforcing its commitment to the country’s energy sector, GE (NYSE: GE) today announced that it will provide PGE Energia Natury PEW with 16 2.5-100 wind turbines to power its new Karwice Wind Farm located 15 kilometers from Dar?owo, Poland. The turbines have the capacity to produce a total power output of 40 MW, which could provide the equivalent power needed for 35,000 European homes.

The wind turbines provided by GE are a part of a turnkey project between PGE Energia Natury PEW and a consortium of Aldesa Nowa Energia Sp. z o.o. (a part of Aldesa Polska) and Aldesa Construcciones S.A. (a part of Aldesa Group from Spain) for the construction of the Karwice Wind Farm. The wind farm will feed power into Poland’s 110-kilovolt Sianow-Slawno transmission line.

This contract with PGE Energia Natury PEW further demonstrates our strong commitment to Polish energy and the country’s renewable-integration and power-sector modernization efforts,” said Cliff Harris, general manager of GE’s renewable energy business in Europe. ”The 16 turbines that we will be providing for the Karwice project will add to our current Poland installed base of 155 units and increase the total output power capabilities of our wind turbines in Poland to 372 MW.”

In addition to providing the wind turbines for the project, GE also will provide the Karwice facility with around-the-clock remote monitoring and diagnostics through its global wind monitoring center in Salzbergen, Germany, which monitors wind turbines in Europe, Africa and Asia.