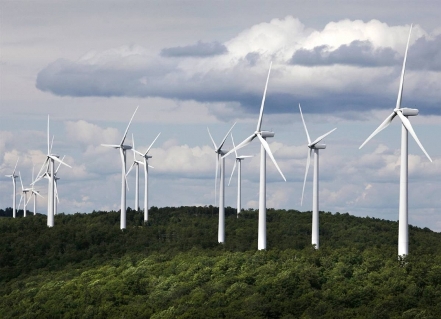 The construction of a wind farm is completed in the Yeni Yashma village.
Oxu.Az reports with reference to APA-Economics that the statement came from the head of the State Agency for Alternative and Renewable Energy Akim Badalov speaking to journalists in the Caspian-European club reporters today.

“At the moment we carry out the inspection work, and in the near future wind farm with power capacity of 50 MW will be connected to the “Azerenergy”.

He also said that the construction of new wind farms was completed in Sumgayit, Pirallakhi, Garadagh, Samukh and work to connect them to “Azerenergy” is underway.

“The state agency is also preparing projects to build new solar power plants in seven regions of the country. It is planned to lay foundations at the end of this year or early next year.”