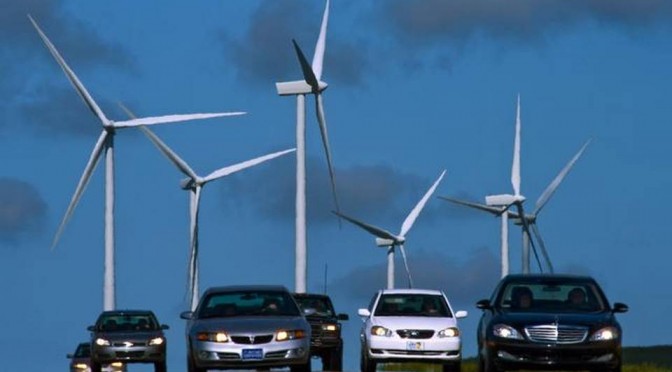 Despite Gov. Sam Brownback’s sudden lack of support for it, the renewable energy mandate in Kansas deserves to be kept in place.

The Renewable Portfolio Standard (RPS) requires the state to get at least 20 percent of its electric power from sources such as the sun and wind by 2020. It has created thousands of jobs in the wind industry, provided new income to farmers and kept electricity prices in check for utility customers since bipartisan approval by the Kansas Legislature in 2009.

Unfortunately, its few enemies are rich and influential in the strong-arm kind of way when it comes to lavishing campaign contributions on lawmakers.

Opponents include special interest groups that financially benefit from the dominance of coal and other polluting fossil fuels (hello, Koch Industries) as well as conservative lobbying groups such as the American Legislative Exchange Council, Americans for Prosperity (a Koch-funded group) and the Kansas Chamber of Commerce.

The newest threat to the clean-energy RPS comes from someone with plenty of political clout.

In recent weeks, Brownback has indicated he has thrown in his lot with enemies of the rules, and will work to repeal them if he’s re-elected this fall.

The fact that Brownback would take this position on an issue that has benefited so many Kansans undermines his credibility as someone looking out for consumers, not special interests.

Democrat Paul Davis, Brownback’s opponent, has the right answer. “I will veto a bill that repeals our RPS,” he said during his State Fair debate with the governor in Hutchinson last weekend.

At the time, Brownback ducked the issue, saying, “Let’s see if a bill gets to my desk.”

That’s not leadership. In fact, just days earlier, Brownback had conceded he was open to the idea of the repeal, talking about how interested parties could come together to hasten the demise of the RPS.

But why would the wind industry, in particular, want to do that? Remember, this is a state law that is working exactly as intended.

It has brought jobs to Kansas, something Brownback and other GOP lawmakers purport to be interested in.

It has helped farmers who receive lease payments when wind turbines are placed on their properties, part of the reason several rural GOP lawmakers defend the RPS.

And the rules have not led to an explosion in electricity rates, despite reckless statements to the contrary by some state lawmakers.

Instead, as the Kansas Corporation Commission has found, the cost of the renewable mandate actually accounted for only about 2 percent of the cost of electricity in the state.

Want to see a true driving force behind higher utility expenses? Consider the hundreds of millions of dollars spent to install modern equipment at coal-fired power plants to slash the harmful pollution they belch into the air.

Repeated attempts in the Legislature to repeal the standard have not succeeded. Most recently that was because of some brave opposition by Republican lawmakers in the 2014 session. For that stance, at least six House members were targeted for defeat in August primaries. All won.

Brownback should retreat from his current stance and go back to playing a more familiar and positive role for Kansans, the one where he’s been a champion of wind power, especially in a state known as the Saudi Arabia of wind.

The energy standard needs to be retained, and even strengthened with requirements for using more renewable power in the future.