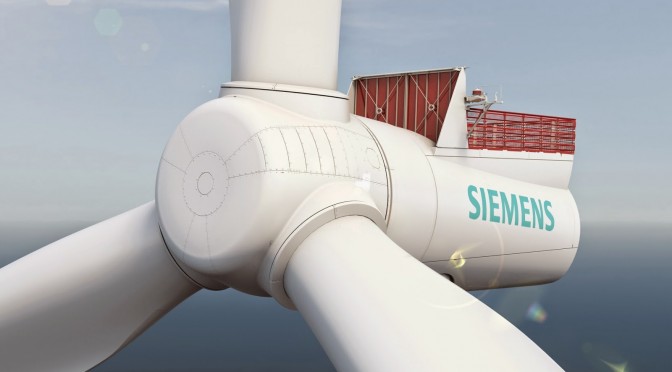 Siemens has received an order for the turnkey delivery of the grid connection for the Dudgeon offshore wind farm. The customers are the Norwegian utilities Statoil and Statkraft, which are jointly implementing the wind farm off the coast of the U.K. Siemens will supply the entire power transmission system, including the two transformer substations – one onshore and one offshore – for the 402-megawatt (MW) project. Siemens had previously received an order in August to deliver 67 wind turbines in the new 6-MW class as well as to maintain the wind farm. The grid connection is scheduled to be completed by the end of 2016, and the installation of the wind turbines is expected to begin in early 2017. With a transmission capacity of 402 MW, Dudgeon will supply climate-friendly energy for over 410,000 British homes.

“This order marks a milestone for us. Dudgeon will be our tenth grid connection project using AC technology,” says Tim Dawidowsky, CEO of the Transmission Solutions Business Unit within Siemens’ Power Transmission Division. “To date, we have installed nine connections using AC technology with a total transmission capacity of more than three gigawatts, transporting enough electricity to supply three million households with wind power. As a result, we have established ourselves as the clear market leader not only in offshore wind turbines but also in grid connections.” Siemens is also installing five DC grid connections with cable lengths of up to 200 kilometers (km) off the coast of Germany in the North Sea. This technology ensures efficient power transmission in wind farms situated at a great distance from the shore. The Dudgeon wind project is being build 32 kilometers north of Cromer, a city in the north of Norfolk County. The cable run extends 42 km offshore and another 47 km onshore.

The scope of supply for the grid connection covers all necessary components, such as the offshore transformer substations which convert the wind power to 132 kilovolts (kV), as well as the onshore station which converts the electricity into 400 kV for feeding into the transmission grid.

Grid connections and the associated service are part of Siemens’ Environmental Portfolio. Around 43 percent of its total revenue stems from green products and solutions. That makes Siemens one of the world’s leading providers of eco-friendly technology.