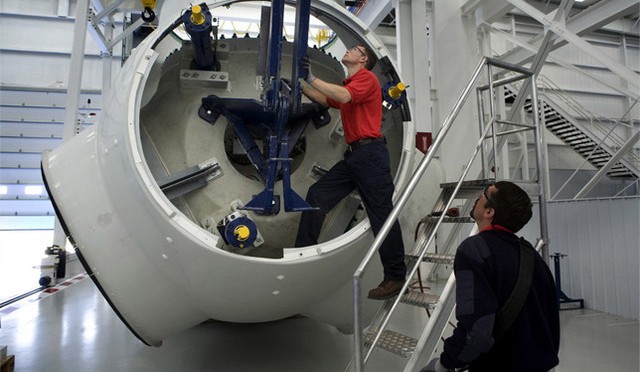 On the eve of Labor Day weekend, a new report from the nonprofit, nonpartisan business group Environmental Entrepreneurs (E2) shows that more than 12,500 clean energy and clean transportation jobs were announced in the second quarter of this year – more than double the number of jobs announced in the first quarter.

Solar power generation led all sectors in Q2 with more than 5,300 jobs announced, and the wind industry announced more than 2,700 jobs, many stemming from projects that qualified for the recently expired Production Tax Credit (PTC). Other major announcements came from electric car manufacturers Tesla and General Motors.

“This Labor Day weekend, the story is that more Americans are working because of clean energy,” E2 Executive Director Bob Keefe said.

“But to keep that growth going, we need our state and federal leaders to do their jobs too. We need them to support smart policies that grow our economy and protect our environment – policies like the federal Clean Power Plan,” he said.

Announced by the U.S. Environmental Protection Agency in June, the Clean Power Plan will cut carbon pollution from power plants by 30 percent by 2030. Along the way, the policy is expected to drive growth in energy efficiency and renewable energy, creating hundreds of thousands of jobs and saving American businesses and consumers an estimated $37 billion in energy costs.

“Businesses depend on market certainty, and clean energy businesses are no different,” said Jonathan Foster, CFO of Nexant, an energy software services company, and a director of E2’s Northern California chapter.

“What good policies do – whether it’s AB 32 in California or the new federal Clean Power Plan – is help create market certainty,” Foster said. “That’s good for our economy and our environment.”

According to E2’s new report, Arizona recorded the greatest number of announced jobs. Solar Wind Energy Inc. announced it expects to hire at least 350 permanent jobs for a new project in San Luis, AZ. California ranks second in the E2 report, thanks to announcements from the utility-scale solar industry and from 500 new jobs announced by Tesla Motors. Michigan placed third, with GM expected to add as many as 1,400 jobs producing advanced battery technologies.

Among the notable clean energy projects announced across the United States:

For the fifth consecutive quarter, solar had the highest number of announcements of any sector, with 22 total announcements. The E2 report shows that five solar companies announced hiring in the residential sector, expanding their existing workforce in the prime solar markets of Arizona, California, New York and Massachusetts. Each of these states has strong net metering policies, enabling residents to sell electricity back to the grid.

Environmental Entrepreneurs (E2) is a nonpartisan, national community of business leaders who promote sound environmental policies that grow the economy. We are entrepreneurs, investors, and professionals from every sector of the economy who collectively have been involved in the financing, founding or development of more than 1,700 companies that have created more than 570,000 jobs. Our members manage billions of dollars in venture and private equity capital that will flow over the next several years into new companies. For more information, see www.e2.org.