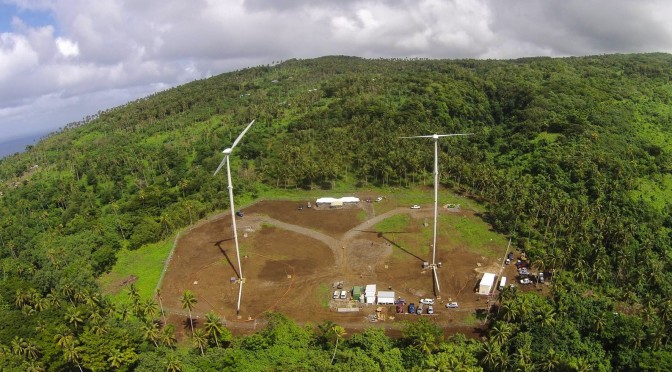 Masdar has inaugurated a 550kW wind farm project on the Pacific island nation of Samoa.

Masdar chairman Sultan Ahmed Al Jaber said: “This UAE supported project, and others like it underway across the Pacific, unlock significant economic and social benefits across the region.

The project on Upolu is desribed as cylcone proof and is expected to deliver $475,000 in annual fuel cost savings. Turbines are 55 metres high and, with permanent pivots at the base, can be lowered out of the winds in less than an hour to avoid storm damage. The PPF fund will eventually enable 2.8MW across six projects.