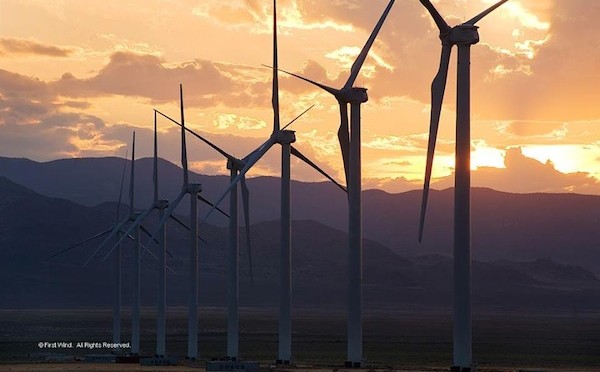 The study, which was sponsored by the U.S. National Renewable Energy Laboratory, modeled the country’s Eastern Interconnection—one of the largest electrical systems in the world—and determined that when equipped with the appropriate modern plant controls, wind applications can substantially enhance grid resiliency.

Questions about how the U.S. electrical systems would respond to a large-scale interruption of generation, such as multiple power plants tripping offline, were the catalyst for the study. An event like this could result in significantly lower frequencies on the system, customer interruptions or even large-scale blackouts.

The study explored in detail how the grid could respond to a major event and maintain its resiliency with significant wind power added to the generation mix. The conclusions of the study found that wind can be more effective than thermal generation in controlling frequency on the grid due to its ability to respond more quickly.

“While GE’s study considered the impact of wind power on the Eastern Interconnection of the U.S., the lessons we’ve learned can be applied in Europe and around the globe,” said Nicholas Miller, lead author of the study and senior technical director for GE’s Energy Consulting business. “The conclusions demonstrate that wind power can be more effective in maintaining frequency than thermal generation when wind farms are equipped with grid friendly controls. These findings should show that the future of wind energy is bright and it will continue to play a larger role in the power we consume.”

The study modeled a scenario where there was an instantaneous penetration of 25-percent wind generation in the Eastern Interconnection—a scenario that is an aggressive case in the eastern U.S. today. It showed that at these levels of penetration, there will be operating conditions where traditional frequency responsive resources are scarce. This is typical in systems with high levels of wind penetration.

“As one of the global renewable technology leaders, GE has worked from the outset to constantly understand the growing potential of renewable energy. To meet the growing demand we have developed a broad portfolio of plant control technologies and expertise to enable greater renewable generation and improve frequency response. Consequently, wind power has become an important contributor to maintain grid resiliency,” Miller continued.

To read the entire study, please visit the CIGRE website at: http://www.cigre.org/Events/Session/Session-2014.