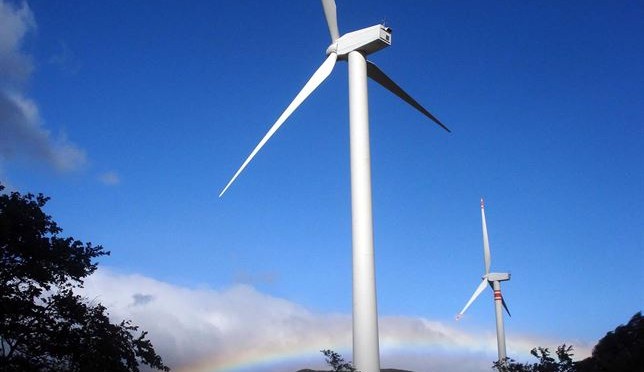 Located in Puebla state, it will be the company’s fourth wind farm in Mexico and the first to be designed by IBERDROLA using supercomputing.

IBERDROLA has commenced the construction work for the Pier II wind farm, with an installed capacity of 66 megawatts (MW), in Mexico. It is set to be the company’s fourth renewable facility in the country.

Pier II will be located in the municipality of Esperanza. It will be equipped with 33 Gamesa G97 wind turbines, each with a unit capacity of 2 MW. The wind farm will be located in Puebla state in the south of the country, one of the windiest regions in Mexico.

Developing this new infrastructure will require the investment of some US$120 million. By the time it is connected to the grid, it will be able to supply renewable energy to 25,000 Mexican households and avoid about 55,000 tonnes of CO2 emissions into the atmosphere every year.

The project will have a major impact in Puebla state, as over 400 local workers are expected to be hired for the construction and the subsequent operation and maintenance work. Some 15 local companies will also stand to benefit.

One of the peculiarities of Pier II is that it was the first wind farm to be designed by IBERDROLA using supercomputing; more specifically a system called SEDAR (Spanish acronym for High Resolution Wind Power Simulation) developed along with the Barcelona Supercomputing Centre (BSC-CNS).

This innovative system allows to position the wind turbines in the locations with the best potential for producing energy by performing an analysis that takes the entire life cycle of the facility into account. MareNostrum, the leading supercomputer in Spain and one of the most powerful in the world, was used for this purpose.

From now on, IBERDROLA is expected to use supercomputing in designing all of its wind power facilities at locations featuring complex terrain. This is the case of the Pier II facility, which will be erected at an altitude of about 2,500 metres.

IBERDROLA will be carrying out this project along with a local partner, the Mexican firm Impulsora Latinoamericana de Energías (ILER). ILER is one of the foremost companies in developing wind power facilities in the country. Its shareholders include the Mexican multinational group MABE and a Spanish engineering firm called Apia XXI.  IBERDROLA and ILER have entered into an agreement to build up to 366 megawatts together in the years to come.

The launch of this major wind power project confirms IBERDROLA’s commitment to Mexico, a strategic country for its future growth and one where it is the leading private electricity producer, with an operating capacity of over 5,200 MW.

By the time the Puebla complex is up and running, the company will be managing a wind power capacity of almost 600 MW in Mexico. IBERDROLA already has an installed wind power capacity of 230 MW in the country, spread across three wind farms in the state of Oaxaca: La Venta III, municipality of Santo Domingo de Ingenio, 102 MW; La Ventosa, locality of Juchitán de Zaragoza, 102 MW; and Bee Nee Stipa, municipality of Espinal, 26 MW.

The two wind farms with the highest capacity, La Venta III and La Ventosa, were built by its subsidiary firm IBERDROLA INGENIERÍA. The company’s three wind power facilities in Mexico are equipped with technology from Gamesa, thus confirming its role as the Group’s main supplier worldwide.