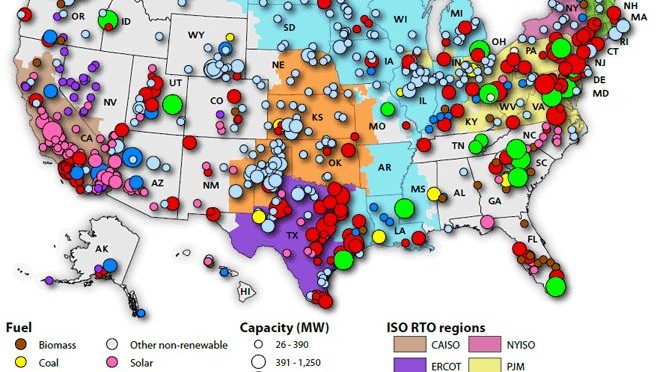 Affordable, homegrown wind power is helping to save consumers money in many regions of the country, encouraging new wind power growth and the start of construction of over 14,000 megawatts (MW) in America so far this year.

“Today’s great values on clean, low-cost wind power are encouraging utilities and major companies to sign more and more contracts for it,” said Tom Kiernan, CEO of the American Wind Energy Association (AWEA). “They show how successful the renewable energy tax credits have been in getting the private investment needed to build these new projects,” said Kiernan, in releasing the AWEA U.S. Wind Industry Second Quarter 2014 Market Report.

According to AWEA’s Second Quarter Market report, 15 wind energy projects have been completed and gone online since the start of the year, adding 217 MW in the first quarter and 619 MW in the second quarter. Installed U.S. wind generating capacity as of June 30 stood at 61,946 MW.

Another 109 projects were underway at mid-year, representing up to 14,600 MW of additional capacity.

Just since April, Kiernan noted, leading brands like Google, IKEA, MARS, and Microsoft have announced new contracts or investments for additional wind energy. A variety of industries are also investing in their own on-site wind turbines: at the end of the second quarter, there were utility-scale turbines under construction at a brewery, a produce processing plant, and a tribal casino.

“The economic benefits of all these projects are significant,” said Emily Williams, AWEA’s Manager of Industry Data and Analysis. “They include U.S. manufacturing jobs, with many factories hiring new workers to meet demand, and all the local benefits from the capital investment of billions of dollars in rural America.”

Texas has by far the most wind energy under construction in the nation, with approximately 8,300 MW of the total.

Another 6,200 MW are under construction in 20 other states, focused in the Midwest and Plains. New activity began this quarter in Oklahoma, Texas, New Mexico, Colorado, Illinois, Kansas, North Dakota, Michigan, Maryland, California, and Indiana.

AWEA’s most recent quarterly Market Report comes as the industry continues to adjust to new rules signed into law at the start of 2013 for the federal renewable energy Production Tax Credit (PTC). The rules now allow any wind energy project that started construction or invested 5 percent of its capital by the end of 2013 to qualify for the PTC once the project starts generating energy for the grid. (As before, projects can also opt for an alternative Investment Tax Credit.)

Further guidance is expected soon from the IRS on the PTC. That may help increase the percentage of projects with long-term power sale agreements. Even among the roughly 9,400 MW of projects for which utilities signed contracts during 2013-14, over 3,800 MW have yet to start construction. All told in 2013, the U.S. industry completed just 1,084 MW, mostly in the fourth quarter.

“In addition to negotiating Power Purchase Agreements, developers have had to place orders for long-lead-time items like wind turbines and step-up transformers, secure construction services, and secure financing. All this had to start fresh from the PTC extension in 2013,” Williams explained.

Kiernan said action by Congress to continue the incentive for private investment in new wind farms is once again urgent, to avoid a downturn in development such as the one that occurred last year because of uncertainty up until the last-minute extension on Jan. 2, 2013.

A further extension of the PTC through the end of 2015 is provided for in the EXPIRE Act, now pending in the U.S. Senate, which includes extensions of 62 different tax policies important to business and individual taxpayers. The Senate Finance Committee kept the PTC in the package on a bipartisan vote of 18-6 in April.

“We can double American wind power by 2020, and double again by 2030,” Kiernan said, “if Congress gets the rules straight by extending these critical tax policies as soon as possible, and continues to work on long-term policies that would provide a more predictable business environment.

“Wind is a very good deal right now for American consumers, and with consistent policies we can build a lot more of it.”