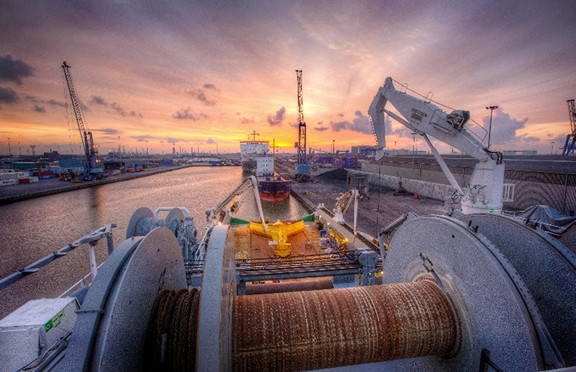 Ecosse Subsea Systems (ESS) has strengthened its reputation in the renewables sector with the award of a third seabed clearance contract on a major wind farm construction project.

The subsea engineering specialist has started offshore operations on the Westermost Rough development, located eight kilometres off the Yorkshire coast, east of Hull.

The contract has been awarded by DONG Energy, one of northern Europe’s leading energy groups. The £800 million Westermost Rough wind farm will contain 35 turbines of 6MW capacity, covering a total area of 35km2 and is expected to provide enough electricity to power more than 200,000 UK homes.

ESS is deploying its highly innovative SCAR subsea boulder clearance system on up to 35 array cable routes, with the project engineered and delivered aboard the anchor handling vessel Havila Jupiter, with works expected to conclude in Q3 2014.

Ecosse have successfully deployed their SCAR system complete with ROV and survey support in order to help accelerate field performance. This award follows on the back of extensive trials with DONG Energy and previous renewable energy campaigns on Humber Gateway in the Humber Estuary and the Baltic 2 wind farm project offshore Germany.

“Our technology has a proven track record in providing speedy, accurate and cost effective seabed clearance operations and this was a key factor in the contract award. We are delighted to be working again with DONG Energy and look forward to delivering a safe and effective project.”