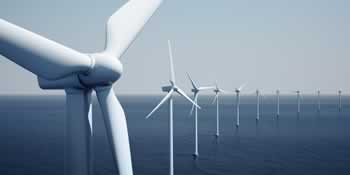 First Minister Alex Salmond confirmed the project will receive an award of £2.2m.

The government has a target for the equivalent of 100% of Scotland’s electricity consumption to come from renewable sources by 2020.

The funding will go to The Carbon Trust’s Offshore Wind Accelerator (OWA) programme, a joint industry and government scheme, which brings together nine offshore wind developers with over 72% (31GW) of the UK’s licensed capacity.

Funding will be used to encourage wind developers to work together to try and meet cost reduction targets and also to commercialise offshore wind turbines for Scottish waters.

He added: “Scotland is admired around the world for our work in renewable energy and in 2013 we set a new record for renewables generation, emphasising our commitment.

“The Scottish government’s target is to generate the equivalent of 100% of Scotland’s gross annual electricity consumption from renewable sources by 2020, as part of a wider, balanced, energy mix, and we are already nearly half way there.

“Renewable energy is extremely valuable to Scotland’s economy, to reducing our carbon emissions and in providing low carbon energy supplies as well as jobs and long term investment.”

The Carbon Trust’s Chief Executive Tom Delay added: “We are delighted to be working with the Scottish government to drive further cost reductions in the offshore wind industry.

“The sector has huge potential to generate low carbon power and create economic value. Key to that success will be driving costs down through innovation and doing this quickly.

“The OWA and this new injection of funding will be key to help meet this cost reduction challenge.”

“Studies estimate that Scotland’s offshore wind industry could create 28,000 jobs by 2020 and contribute over £7bn of investment to the economy.

She concluded: “By driving innovation and promoting collaboration, initiatives like the Accelerator Programme will help to ensure that we make the most of the economic and environmental benefits of offshore wind.”