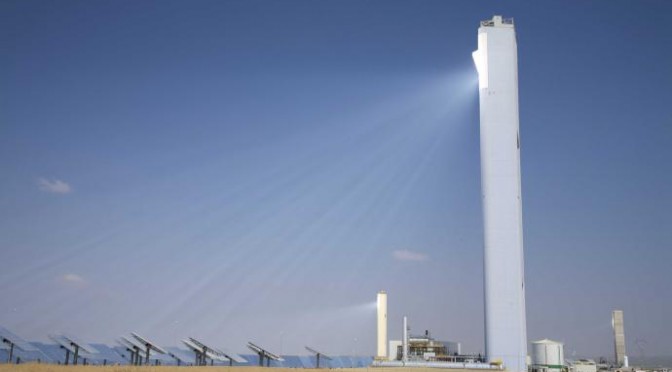 The CSP projects picked for NER 300 funding are EOS Green Energy’s innovative 50MW scheme near Limassol, Cyprus, and Italy’s Mazara Solar initiative. They get up to €60m and €40m respectively.

The EC is providing total of EUR 1 billion in financing to 19 green energy, smart grid and carbon capture and storage (CCS) projects under round two of the NER300 programme. Of the total, up to EUR 40 million will go for the Mazara CSP plant in western Sicily, while an additional maximum of EUR 85 million will be invested in a smart grid project.

Concentrated Solar Power (CSP) plant will be using a central tower technology that produces superheated steam to power a steam turbo-generator. The saturated steam is then used as storage fluid. This plant is seen to generate some 534 GWh of electricity in its first five years of operation.

The other Italian project that has received funding is the Puglia Active Network, the goal of which is to demonstrate active large-scale network management at distribution level, showing exactly how much this improves the grid’s capability to accommodate large quantities of renewables.