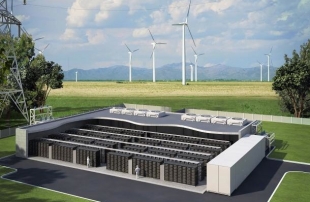 The Joint Center for Energy Storage Research, or JCESR, based at Argonne, is a partnership of five national laboratories, five universities, and four private-sector partners. The goal is to develop technologies that take batteries beyond lithium-ion—to create storage systems with five times the energy density at one-fifth the cost within five years.

Currently a year into JCESR’s five-year charter, George Crabtree, director of JCESR, talks about the vision, goals, and challenges on the leading edge of battery research.

Q: What is your vision for JCESR?

George Crabtree: Our vision is to transform two of the biggest energy sectors in the U.S., and those are transportation and the grid. We want to transform transportation by electrifying it. With better batteries, we can power more cars and trucks with domestic electricity rather than foreign oil. For the grid we want to increase the amount of wind and solar energy to at least 20% of the overall electricity supply. In order to do that we will need to more efficiently store the energy that is generated by these variable energy sources. JCESR is working on the breakthrough technologies that will make these two transformations happen.

Q: What are JCESR’s goals?

Crabtree: We want to achieve three legacies that will change the battery R&D landscape. The first one is to create a library of fundamental knowledge about how the materials and phenomena of energy storage work at the atomic and molecular level. We understand many of the phenomena related to lithium-ion batteries. But beyond lithium-ion is a wide horizon of virtually untapped potential, where we will achieve the breakthroughs and transformational goals we are pursuing. We need discovery science to explore this horizon, building the knowledge base that will enable the transformational batteries that we seek.

The second legacy is using this fundamental knowledge to deliver two rechargeable energy storage prototypes: a compact high performance battery for the car and a large scale battery for the grid.

Our third legacy is embedded in the other two: we will introduce a new paradigm that, for the first time, combines discovery science, battery design, research prototyping, and manufacturing consulting into one highly interactive organization. This strong interaction across the entire R&D spectrum from discovery to prototyping to commercial manufacturing will accelerate the pace of discovery and innovation and shorten the time for commercialization of new ideas. It is exactly what the U.S. needs to develop a commanding competitive edge in battery science and technology.

Q: What’s one of the ways you are accelerating discovery?

Crabtree: In the science community, we typically share information by publishing papers. So, after the information is created, it takes about a year for the paper to be peer-reviewed, for it to appear in the literature and for someone else to read and appreciate it. Then the recipient will think about it for a while before starting to act on it. By the time he or she starts a program to move the science to the next level or to apply the information to new technology, there could be a two-year delay.

In JCESR there is no delay. Results are communicated and adopted by other groups within the JCESR team instantaneously, well before the cycle of publication and incubation has time to act. This is one of the primary ways we increase the pace of discovery and innovation.

Q: How is JCESR research different from other battery research?

Crabtree: Typical battery R&D produces only incremental advances. Lithium-ion batteries, for example, will be improved by only a few percent per year by getting better performance from a particular battery component, often the cathode. In JCESR, we are doing something that is totally different. We’re not incrementally improving an existing technology: we are inventing a whole new technology. So we are putting together the three components of the battery, the anode, the electrolyte, and the cathode, in ways that have never been done before.

In some cases, there may be a new idea or a certain component that shows promise. But in order for the new idea to work, it has to be used in a battery system where all the components within that system work together properly. So it’s very important to take a systems approach and invent the battery from the bottom up: make it work as a system rather than simply improving one component of a system that already exists. So this is a different animal completely, and you need a different approach.

Crabtree: One challenge is the complexity of the beyond lithium-ion space. First, we have three battery components; an anode, an electrolyte, and a cathode. Then, for the anode there are three or more types; there are two kinds of electrolytes, liquid and solid; and there are at least three kinds of cathodes. If you start trying to mix and match these, you quickly realize the number of possibilities is huge, and it’s quite impossible to build and compare all of them.

That’s one of the reasons technological modeling, building the battery on the computer, is so valuable. Computer modeling enables us to simulate a host of materials for the different battery components, many more than we can reasonably test. The range of things you can do on the computer without having to do it in the lab has increased dramatically.

In addition, at JCESR our scientists use their expert judgment to determine where the best research opportunities are for breakthrough discoveries. And they don’t do that in a vacuum. JCESR scientists are informed by all of the fundamental science that JCESR is creating for our first legacy. Then they apply that knowledge to determine how a battery composed of these new components would work. At the moment, we are facing many, many conceptual options for putting a battery together. We need to filter that space both in the computer and in the laboratory, and after a couple of years we will have a much broader base of fundamental knowledge to work with and we can start to visualize the kind of a battery that will meet our goals.