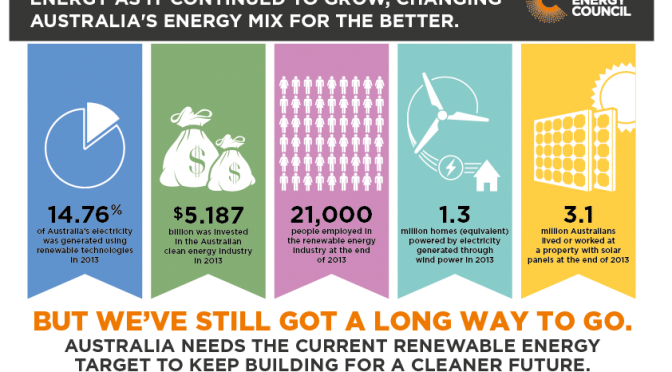 This year’s report shows that 14.76 % of Australia’s electricity came from renewable sources in 2013, enough to power the equivalent of almost 5 million homes.

The total was boosted significantly by some of the strongest hydro generation in recent years, while household solar and large-scale wind also made record contributions.

Here are some more key facts from the Clean Energy Australia Report 2013: