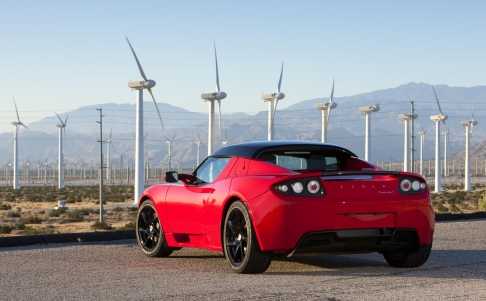 At first glance, it looks as though the good folks over at California-based Tesla Motors have gone mad.

The company owns hundreds of patents for making electric cars. Now it is saying to anyone who’s interested: go ahead and use them, because we have no intention of seeing you in court.

Tesla’s problem is that although it is a leading player in the electric car and van market, the market is too small; indeed it only accounts for 1 per cent of sales.

Critical mass has not been achieved, and because very few companies are committing themselves to the electric market, it is hard to bring down costs and expand the market.
What really makes money is not discovering the wheel but creating better wheels

Tesla is convinced that it can only build its business by creating a bigger market and thus bring prices down.

Opening up its patents looks like a bit of a gamble, because Tesla is assuming that other players won’t use this as an opportunity to steal business; instead it hopes that more players will mean more profits all round.

As matters stand, Tesla has a product that many people say they like but in practice are unwilling to buy.

Its approach is in marked contrast to the experience of companies and individuals who became embittered after seeing their inventions taken up by others who ended up making the real money.

Think, for example, of Laszlo Biro, who invented and patented the Biro pen but could not get it into mass production and sold the patent for a song, only to see others turn his idea into a massive moneymaker.

Tim Berners-Lee, who invented the World Wide Web , took the conscious decision not to profit from his genius and so was arguably taking the history of inventions to its logical conclusion. Yet he has made many other people very rich indeed.

Generally speaking, you only hear about patents when they become the subject of legal battles, such as the seemingly never-ending one between Samsung and Apple.

Tesla however might be more aware of a legal battle closer to its own industry that dates back over 100 years, when the Electric Vehicle Company unsuccessfully took Ford Motor to court for infringing its patents.

George Selden originally took out these patents precisely for the purpose of suing putative carmakers if they tried to produce any kind of petrol-powered vehicle.

The problem was that, until Henry Ford came along, no one was making a buck out of these prohibitively expensive means of transport.

This brings us back to Tesla, which had the option of battling on with producing electric cars for a tiny market or trying to use its technology to grow the market by attracting imitators and other technologists to help develop cheaper and better electric vehicles.

Moreover, as Tesla’s chief executive, Elon Musk, pointed out, patents are hardly the endpoint of invention.

“You want to be innovating so fast [that] you invalidate your prior patents,” Musk said.

And he’s not the first person to understand this. Even the mighty General Motors opened up its patents on catalytic converters in the 1970s so as to broaden the base of this invention and make it more commercially viable.

The really big point here is that businesses do not really depend on inventions.

This gives rise to a crucial paradox that was noted by the Austrian economist Joseph Schumpeter, who remarked that entrepreneurs are rarely creative, but they are needed to find commercial applications for inventions.

Business success, in other words, is not to be found in discovering new products but comes from improving pre-existing ideas and creating new markets for them.

The old cliché about not having to re-invent the wheel applies here, because what really makes money is not discovering the wheel but creating better wheels at better prices.

Whoever invented the wheel did a great job, but alas we don’t even know his or her identity.

History shows that there are remarkably few inventions that have been successfully exploited by their creators. In fact, there are remarkably few commercially exploitable inventions, full stop, but there is a massive universe of smart entrepreneurs who know how to build on other people’s ideas or, indeed, on a small part of these ideas and turn them into money-spinners.

Tesla is adding a twist to this historical experience by saying, in effect, “OK, we’ve got a bunch of patents for electric vehicles, but we’ll only make money if we can get other people to use them.”